The facility is engaged in reception for particularly vulnerable people and in the organisation of local social and cultural activities.

HOUSE OF MANY CULTURES – SCICLI

House of Many Cultures is a reception facility which was constructed in Scicli, in Ragusa province, in December 2014as part of Mediterranean Hope (MH) – Refugee and Migrant Programme of the Federation of Protestant Churches in Italy (FCEI). This particular initiative is financed by theOtto per Mille tax allocation of the Waldensian Church (Union of Methodist and Waldensian Churches) and by various churches and international ecumenical associations.

FCEI’s objective with this initative has been to facilitate reception for particularly fragile and vulnerable people. The House of Many Cultures has, in fact, been recognized by the Ragusa Prefecture as a "place of safety” and therefore authorised to welcome people defined as “vulnerable”. The facility can accommodate up to forty people within a building located in the historic centre of the small Baroque town which has for many years been aUNESCO World Heritage Site.

The work undertaken by the House of Many Cultures is aimed at those who, whilst migrating, have suffered traumatic experiences and need to be accompanied on the road to recovering their own identity and life plans: foreign unaccompanied minors, single women, women and small children and, in some cases, vulnerable families. The House of Many Cultures also accommodates participants in the Humanitarian Corridors programme.

Those who are hosted are accompanied and supported in dealing with bureaucracy, legal issues and finding work: the facility’s multi-disciplinary team provides orientation in respect of local services (regarding, for example, health and education), legal information, social intercultural mediation underpinned by Italian language literacy courses and tuition for attainment of the lower secondary school certificate and enrolment of minors in nursery school or compulsory education. Key to this initiative is our collaboration with the Centro provinciale per l'istruzione degli adulti (CPIA) di Ragusa, with theIstituto Comprensivo “Elio Vittorini”, theIstituto di Istruzione Superiore “Quintino Cataudella” and the nursery school run byOpera diaconale metodista di Scicli.

Reception happens thanks to the contribution of professionals who work within the facility and other actors who share responsibility for those who are hosted. In particular, over the course of some years a collaborative network has been created involving diverse local organisations such as the Proxima co-operative, which has launched awareness-raising courses on trafficking and exploitation; Medu (Doctors for Human Rights) has become involved in cases where symptoms of psychological trauma and torture have become apparent; Oxfam and Terre des Hommes have operated within the facility for the last three years, manning a desk offering psychological support and a team working with guests in socio-linguistic activities.

The House of Many Cultures was also founded with the objective of providing the Scicli community with a space for meeting and reflection, offering itself not only as a physical meeting point but also, and primarily, as a “mental” space within which different cultural groups can be encountered. The large entrance hall to the House of Many Cultures is often used to faciliate targeted social and cultural activities .

Dozens of volunteers coming from Italy and abroad have given service at the House of Many Cultures for long or short periods of time. The House enjoys the financial and practical support of the local Methodist community. 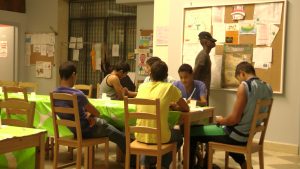 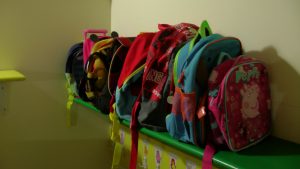 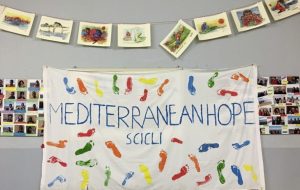 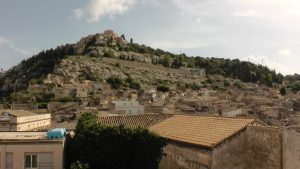