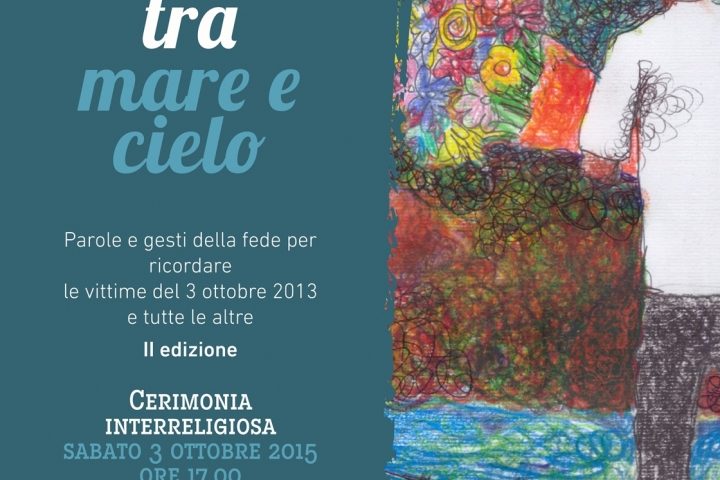 Rome (NEV), September 23rd  2015 – On October 3rd  will take place in Lampedusa an interfaith gathering to remember the victims of the  2013 tragedy that  claimed the lives of 366 people. The event will renew the commitment of the faith communities in welcoming the refugees arriving in Europe. The meeting is organised by FCEI (Federation of Protestant Churches in Italy) together with the Community of Sant’Egidio, the Archdiocese of Agrigento and the local parish of San Gerlando. Representatives from  the Mormon, Muslim, Sikh, Hindu and  Buddhist communities  have already confirmed their participation, as well as several Orthodox churches.

At the conclusion of the prayer meeting, the participants will join in a mission statement drawn up for the occasion. From abroad there will be representatives of the UK Methodist Church, the continental association Eurodiaconia and the Church of Christ in the USA. On behalf of this American church  there will be the speech of the Head of the Association “The Samaritan” , that operates in a border area  dealing with  situations similar to Lampedusa. In Lampedusa  for more than a year it has been activated an Observatory on Migration  and the MH project which is promoted by  FCEI and financed with the 8 per thousand of the Waldensian and Methodist churches. The MH project also includes the “House of Cultures” in Scicli (Ragusa) which is a reception service that supports the meeting of different cultures. In addition, the MH project includes a relocation desk in Rome and FCEI and the Community of Sant’Egidio  are setting up humanitarian corridors between Italy and Morocco.