The First Group Has Arrived! 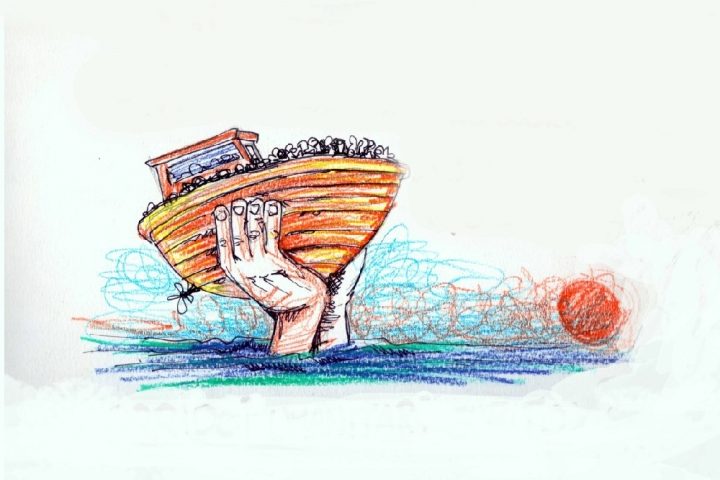 They have arrived with their few belongings, full of fear and hope.
We could see our neighbour getting off a regular flight from Beirut, at 7 AM on February 29th.
93 Syrian immigrants that fled IS persecutions and the violence of a war that does not spare women, children or civilians.

“Welcome to Italy” said the banner at the arrival which was held by FCEI and the Community of Sant’Egidio’s operators, accompanied by police officers that are used to receiving heads of state, authorities and VIPs.
But this time in Italy have arrived simple refugees which are exhausted after years spent on struggling and facing difficulties.

“I feel like an uprooted tree – says Mariam who is the matriarch of a large family which has lived four years in a refugee camp – looking for a new land to root”.
This is Italy. For years, Italy has been the dream and the obsession of a group of people that for four years have lived in Tel Abbas camp only attended and supported by a group of generous Italian volunteers of ‘”Operation Dove”. Operation Dove is a project of the Pope John XXIII Community Association.
Italy has been the only hope, the promised land to reach by any means, including smugglers boats.
“Smugglers contacted me- said one of Mariam’s sons – and we thought to travel with them… until I got that message.”

A simple message announcing that a relative had perished in the waters of the Aegean Sea.
Last year in November, I went to Tel Abbas and the question was always the same:
“But, is there a legal chance to reach Italy?”. Our answer was cautiously confident.
Those were the months in which on behalf of the Federation of Protestant Churches in Italy (FCEI), and together with the Community of Sant’Egidio we were defining the protocol that would allow the opening of “humanitarian corridors”. And the first from Lebanon.

In every meeting, in front of officers who posed questions and raised understandable issues, our thought was always addressing those people encountered in the field, their expectations and the promises we made.
Until December 15th, with the Christmas lights already on, when the pastor Luca Negro on behalf of FCEI, Pastor Eugenio Bernardini on behalf of the Waldensian Board and Professor Marco Impagliazzo of Sant’Egidio, signed the “Protocol” for the opening of humanitarian corridors for a total of one thousand refugees together with the leaders of the Ministry of Foreign Affairs and of the Interior, all engaged in this pilot project in Europe.
Since then everything went on rapidly to speed up very complicated procedures involving the Italian Embassy in Lebanon, the Lebanese police and of course the Italian authorities.
But sometimes things are going in the right direction, and in two months it was possible to collect all the necessary documents, book a flight – generously offered by Alitalia – and organise the departure, planned at 4 AM on February 29th.

“Dad, why don’t we bring our tent to Italy?” Asked a child who has never lived in a house or slept on a real bed.
“And I will receive treatments – hoped Diyar – who at ten lost one of his legs due to a grenade.
And perhaps I could have a new leg.
Indeed, he will have it, thanks to Bimbi in gamba Foundation that will offer a sophisticated prosthesis.
As well as little Falak – arrived with her family on February 4th and through the first humanitarian corridor from Italy. She has already started her chemotherapy and already has a “new” eye that allowed her to remove that ugly bandage that has disfigured her by more than a year.
Our neighbour came in this way crossing a Red Sea that opened saving them from humiliation and perhaps saving their life.

Italian borders opened and on February 29th we send a strong message of hope against that Europe of walls, barbed wire and expulsions.We hope that such a message could move the leaders of Brussels and the Italian public opinion. A positive message for the Christian communities that ecumenically have tried to do the right thing. 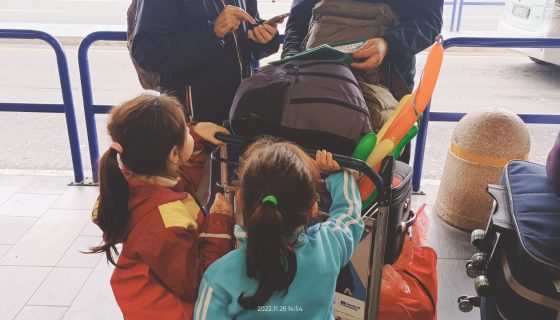