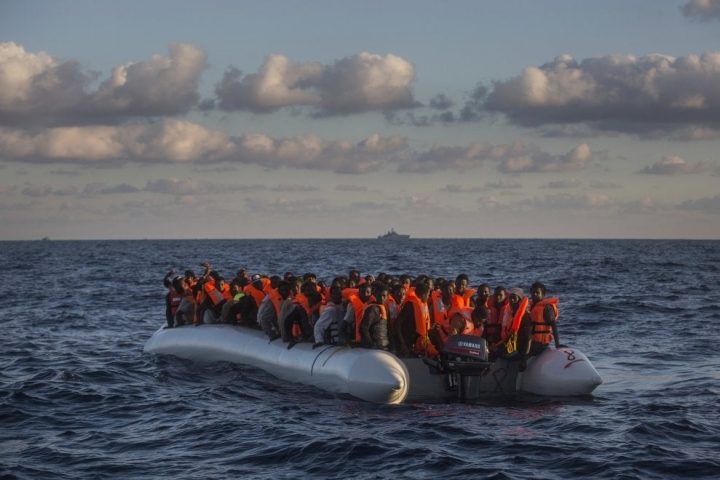 Rome (NEV), August 9, 2017 – The heading “Lo sguardo dalle frontiere” is written by the operators of Mediterranean Hope (MH), the project promoted by the Federation of Protestant Churches in Italy (FCEI). This week story is from the Observatory in Lampedusa.

It is almost sundown and the vessel Iuventa looks smaller and smaller on the horizon. At the pier, some of the Jugend Rettet’s members have been watching the vessel getting away. The Iuventa which has rescued more than 14,000 people in recent years, was stopped in Lampedusa for a check that at first glance seemed just a routine control. But, this check has soon become a police operation culminating in accusations against unknown for favouring illegal immigration and preventive seizure of the ship.

Just a couple of days after that event, rumours – then all turned out to be groundless spreading all over even about the ship Vos Proudence of Medicines’ Sans Frontières (MSF). Both organisations have not signed the Code of Conduct issued by the Italian Government for the organisations that have been active in the Mediterranean Sea. Among the most controversial issues: the request for embarking police officers on board and the impossibility of making transhipments on other boats after rescuing.

Those who have been attending Search and Rescue (SAR) operations in the Central Mediterranean Sea, will immediately understand how are at least controversial the requests set by this protocol. MSF has, in fact, repeatedly pointed out the need to safeguard the purely humanitarian nature of rescue missions, which might otherwise lose independence, neutrality and impartiality. On the other hand, the need for the vessels engaged with search and rescue operations to remain in the SAR area as long as possible, leaving others to transport the people rescued to Italy.

However, the debate over these more technical issues left behind a wider reflection on migratory phenomena, which may start from a variety of different perspectives: the socio-economic causes that determine them, the criminal systems benefiting, both in terms of trafficking and labour exploitation, the reception system and the mechanisms governing access to asylum, procedures leading to the approval or rejection of requests. These are just some of the points to analyse. Instead, anger and fear are now bare and they are too often exposed, while for months politics and the media have been questioning the rescue rules at sea and the reception mechanisms, placing these two events indiscriminately in the same pot.

This summer brings with it a new development of the frontier and this plan could be understood by some factors: fewer people coming from Libya (in fact more than halved compared to July 2016), the activism of the Libyan Coast Guard, which has begun to intercept migrants; and to end a public debate that detects a real lack of humanity. Through the humanitarian corridors, we have tried to build a partial response to the crisis of the right of asylum, a response that will be certainly combined with a more complex strategy that must take into account the causes of the migration phenomenon. It has been an answer that opened up a way for us to combine a new idea of international protection. Politics has unfortunately chosen to follow the well-beaten path of the agreements with Gaddafi and the losers will be those who have been seeking a better life that will now find themselves locked in the Libyan hell.