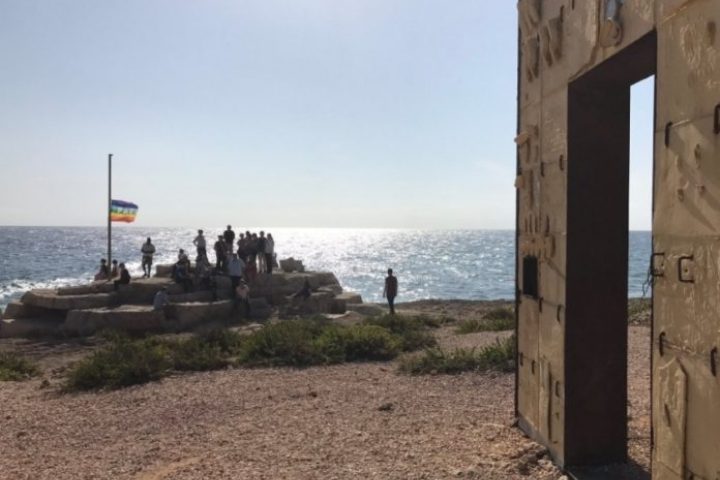 Rome (NEV), 6 October 2017 – Borders which deny people their human rights, dignity and life are counter to the Gospel, which calls us to protect and welcome migrants and refugees. This was the recurring theme of the international Conference “Living and Witnessing the Border”, promoted by the Federation of Protestant Churches in Italy (FCEI), under the Mediterranean Hope (MH)-Refugees and Migrants Program.

Welcoming over 100 participants from Europe and the United States, pastor Luca Maria Negro, president of FCEI, emphasized that the issue of refugees and migration is at the heart of Christian witness. He noted that borders are becoming increasingly impenetrable: “instead of being a meeting point between cultures, they are becoming more and more hostile”.

A sign of hope highlighted at the conference were the “humanitarian corridors”, a cooperation between FCEI, Community of Sant’Egidio, Waldensian and Methodist Churches and the Italian government in which 1000 refugees, mostly Syrians, is given the possibility to enter Italy safely and legally from Lebanon, to then be accompanied by congregations in their integration process. The collaboration for these “humanitarian corridors” is a model, which the organizers hope other countries, especially in Europe, can replicate. In the conference, Jean Fontanieu, general secretary of the Fédération d’entraide Protestante de France (FEP), explained how this ecumenical project was also getting started in France. Cesare Zucconi, general secretary of the Community of Sant’Egidio said in a conference workshop: “When Christians face challenges together, they can do very creative, innovative things that can be replicated by others. We must also work in synergy with other institutions. With the complexity we are facing, churches cannot deal with it alone”.

Pastor Eugenio Bernardini, moderator of the Waldensian Board, recalling how “we all were strangers in the land of Egypt”, challenged everyone: “We should work together as a multicultural community. This will be the basis for future generations. This is the church of the future”. Also, cardinal Francesco Montenegro, president of the Italian Caritas, said: “many are those who say they are Christians, but still do not want to receive migrants and do not welcome them: now this means to rip up the Bible’s pages”. He announced a new “humanitarian corridors” project from Ethiopia to Italy arranged by the Italian Bishop’s Conference, the Caritas and Sant’Egidio, among others, to be started soon.

Talking of “failure of the European policies in the migration crisis”, Paolo Naso, MH/FCEI’s coordinator, recalled how this failure “is also a moral one and is also our failure. We have to confess our sin. The churches in Europe have to stick together if they want to have a role in tackling European policies on migration issues”.

Among the speakers also: Diamando Vlassi, a member of the Ecumenical Patriarchate representing the World Council of Churches (WCC); Doris Peschke, general secretary of the Churches’ Commission for Migrants in Europe (CCME); Balázs Odor from the Reformed Church of Hungary; pastor Randy Mayer, Good Shepherd United Church of Christ (UCC) in Sahuarita, Arizona (USA); pastor Maria Bonafede, member of FCEI Council. The Mayor of Palermo, Leoluca Orlando, brought his greetings to the conference.

On October 3rd the conference participants attended in Lampedusa the ecumenical commemoration for the 3 October 2013 tragedy when 368 migrants drowned in a shipwreck a few sea miles off the coast of the island. The celebration ended with the reading the “Ecumenical Statement of Lampedusa”, a joint declaration from the International conference on “Living and Witnessing the Border”, signed by the Federation of Protestant Churches in Italy, the Conference of European Churches (CEC) and the Churches’ Commission for Migrants in Europe (CCME). Please find the full text here (and the PDF-version here).