The sea is bigger than my eyes 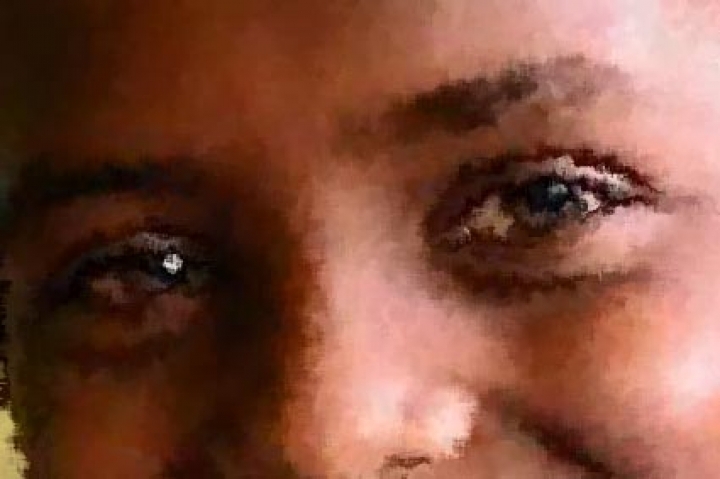 Rome (NEV), 21 February 2018 – The “Lo sguardo dalle frontiere” (A Look from the Border) editorial is written by operators of Mediterranean Hope (MH) – the Refugee and Migrant Programme of the Federation of Protestant Churches in Italy (FCEI). This week’s look comes from the “Casa delle Culture” (House of Cultures) in Scicli (RG)

My name is Abraham, I am eight years old and come from a country that is very, very far away. My mother and I left our home and, at first, I didn’t really understand where we were going, but wherever my mother goes, I go too. My mother has a big belly, she is pregnant with my little brother. Before leaving, I heard someone tell her that this long journey was not good for her. The child could be born along the route. My mother kept repeating “I’m strong, we’ll make it”. So, we left.

From the very first day, I held my mother’s hand tightly, there were others with us, some I knew, but there were no children, so began my journey as an “adult” with “adults.” Right from the beginning, I understood that this was not a normal journey. This was “the journey” that I had been hearing about for months. It seemed like a fairy tale, a story that my mother told me before putting me to bed, a fantastic adventure to be experienced. As the journey continued, however, I realised that I was getting further away from the village and from what I loved most, my home, my friends.

The days became months, the land we had to reach seemed to be at the end of the world. We traveled by bus, on foot, at night in the cold, looking for something to eat. One day my mother did not feel well, that was the day my little brother was born. We were far from home, perhaps one step away from the end of the journey. We still had to reach the sea. I had never seen the sea before. We had to hide for days and I didn’t understand who we were hiding from, then suddenly one night my mother woke me up and said, “Run, Abraham, run!” and I began to run, staying close to her, as she held my little brother tightly. We found ourselves on a boat with lots of other people. There were people screaming, crying, the noise was incredible. Then, the sea. Look how big it is! They say I have big eyes, but these big eyes of mine were not big enough to see it all. We stayed in that boat for days. I don’t know how many, but it seemed to last forever. “Mum, I’m thirsty. Mum, I’m hungry”. Then a boat came, but it was not like ours, which I thought was the biggest in the world. This boat was really big, it looked like an island. People from that island came towards us and took us with them a few at a time.

This is the story of Abraham’s journey from Eritrea to Italy. Abraham is now here with us at the Casa delle Culture. His smile and his big eyes light up the house. His mother and little brother’s journey has not ended. Little Manu, who is now two months old, suffers from serious health problems and travels between the hospitals of Ragusa and Catania. We are waiting for them to finally be reunited. In the meantime, Abraham plays with the other young guests of the Casa delle Culture. He lives in this small caring community that includes two young Eritrean girls, also guests of the Casa delle Culture, who look after him with love and perseverance.