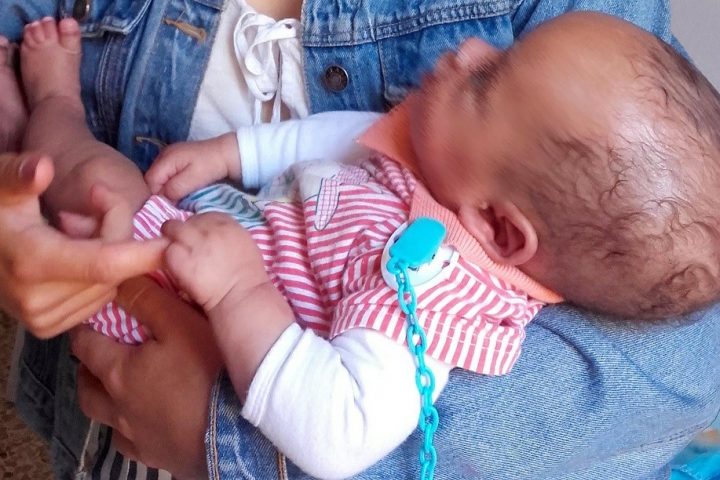 Rome (NEV), 16th May 2018 –“Outlook from the Border” is a feature managed by those working for and collaborating with Mediterranean Hope (MH) – Programme for Refugees and Migrants created by the Federation of Protestant Churches in Italy (FCEI). This week’s Outlook comes from the FCEI’s own reception centre, the “Casa delle Culture” in Scicli, Sicily.

Almost eight months have elapsed since I left Berlin to spend a year volunteering at the Casa delle Culture in Sicily. Everything within me has changed since I arrived; the way I look at the world has changed. The stories which I previously saw only on television told by those arriving in Sicily after crossing the sea with great difficulty, are no longer just stories or numbers, but have become people. And every face has its own story. The story which I have decided to tell you is “Manu’s” story.

The first thing that Manu saw with his big eyes was the prison in Libya where his mother was detained. His mother told me that he was born there on the floor, without any medical assistance whatsoever and in full view of all the the other migrants who were imprisoned there. 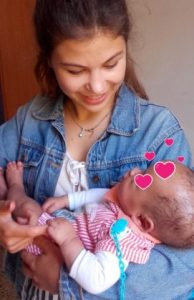 Manu spent the first two months of his life in that prison, with his mum, dad and brother in a room with more than one hundred other people. There wasn’t enough for everyone to eat in that place and it was cold, too cold, for such a small baby. At night he slept cuddled tightly to his mother and young brother, or under his dad’s big jacket to keep warm. Only two months after he was born, Manu undertook his first great journey as he crossed the Mediterranean Sea with his mother and eight year old brother. His dad unfortunately had to be left behind in Libya because there wasn’t enough money for everyone to leave.

There were other Eritrean women on the journey who sadly lost their babies among the waves. Manu, on the other hand, made it, albeit that he arrived at the port of Pozzallo in a serious condition, under-nourished and exhausted from the journey.

The first time I saw him was in February and Manu had already been in hospital for six weeks.  Along with Abraham, his eight year old brother, who was already attached to him, we went to visit him in the Ragusa hospital where he was staying with his mum.  For me, it was all about those two big eyes which looked curiously at me; he was barely more than three months old and was still extremely small, weighing scarcely 7lbs.