I was ship-wrecked and you saved me: FCEI and Open Arms sign a partnership accord 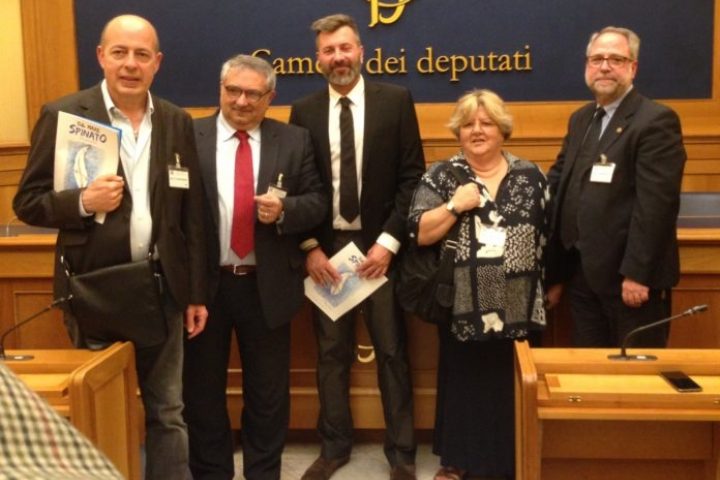 Rome (NEV), 24th May 2018 – “We recognise those who undertake sea rescue missions as good Samaritans who, with the courage of a humanitarian vision, carry people to safety. As Christians, we want to recognised these humanitarian gestures as profoundly evangelical and to support them publicly. To paraphrase a famous saying of Jesus contained in Matthew 25: ‘I was ship-wrecked and you saved me.’”

So declared Luca Maria Negro, minister and President of the Federation of Protestant Churches in Italy (FCEI) at the press conference held today in the press room of the Chamber of Deputies at which the new partnership accord between the FCEI and the NGO Proactiva Open Arms. 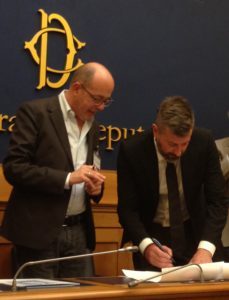 The accord signed today by Negro and Open Arms captain and field coordinator Riccardo Gatti, ‘is based on maritime law’ – we were remeinded by Paolo Naso, co-ordinator of Mediterranean Hope, the FCEI’s refugee and migrants programme – and on Article 10 of the Constitution of the Italian Republic which guarantees the right to asylum.

The accord provides for participation by FCEI operatives in Proactiva sea rescue missions, joint initiatives to raise awareness and communicate about migration issues, as well as financial support by the FCEI for missions.

Riccardo Gatti expressed thanks on behalf of Proactiva Open Arms to the FCEI. “If we have been able to save 59,257 at sea it is only thanks to organisations such as the FCEI which support us. Where you are at sea you realise that you are alone and, if you are not there to save those who are in danger, they will die.”

The press conference, chaired by journalist Gian Mario Gillio, also heard on behalf of the Protestant churches from minister and FCEI Council member Maria Bonafede, who highlighted that today thousands continue to die at sea and, as such, the commitment of followers of the Gospel to refugees can only increase. The conference also heard from the moderator of the Tavola valdese, minister Eugenio Bernardini, who appealed to the forces who will make up the new government not to create a climate which will put obstacles in the way of possible solutions to the difficult plight of refugees. 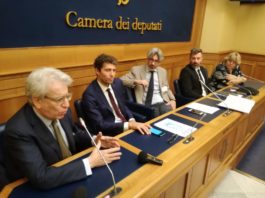 Italian MP Riccardo Magi spoke of his experience aboard the Astral, and Luigi Manconi, dirictor of the National Anti-Racial Discrimination Office (UNAR), expressed his concern regarding attempts in Italy to cast the obligation to carry out sea rescue as a crime.

After the press conference this morning, there will be a public meeting this evening at 7.00pm at the Methodist hall, at which the new collection of drawings by Francesco Piobbichi entitled “On the Barbed Sea” will also be presented.