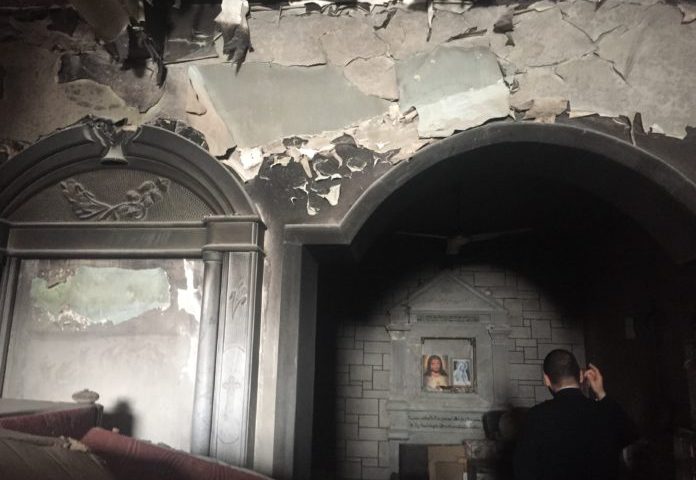 A three-episode editorial by Luciano Griso, doctor in charge for the Medical Hope Project, a program that provides health care to migrants. Let’s start with an “overview of the sanctions” that have affected and affect the Syrian population from the beginning of the war up to the present day

Rome (NEV), July 20, 2020 – Luciano Griso, doctor in charge for the Medical Hope Project (which in the context of the Mediterranean Hope, refugee and migrant program of the Federation of Protestant churches in Italy – FCEI -, provides health care to migrants) updates us on the social and health situation in Syria.
In this first part, Griso traces an “overview of the sanctions” that have affected and affect the Syrian population from the beginning of the war to the present day, plus the looming pandemic of CORONAVIRUS.

“Sanctions kill more people than war”. These are the surprising words with which the Health Director of the major public hospital in Damascus welcomed the small delegation of Mediterranean Hope which, in summer 2017, at the invitation of the Syriac Orthodox Church, went to Syria bringing FCEI solidarity to the Churches and to the local populations, prostrated by the long war that had been fought for years on their territory. “In the following days, this phrase became a mantra: wherever we went, invited for visits and interviews, it was repeated and differently declined depending on the situation and on the places”, explains Griso and continues: “As, for example, at the Parish of the Orthodox Church in Homs, grappling with the desperate attempt to resume the dialogue between children and young people of different ethnic groups. To make them interact with each other, both through various expressive and drawing activities – made extremely difficult due to the lack of the necessary teaching material, “thanks to the sanctions” – and through a “good manners” course (this seemed an initiative, in the middle of the war, really unlikely, but the Bishop, whose house door was riddled with bullets, commented “if you want to start building a future of coexistence again, you must re-learn mutual respect, right from the childhood”)… Or as at the music festival for children and teenagers at a Latin rite Church in Damascus, whose promoters in vain complained for the lack of strings for the string orchestra, which they could no longer import as before from abroad “for the sanctions”… Or as at the hospital near Homs (which, attacked the year before by ISIS, had eleven doctors and nurses slaughtered by the militiamen) whose managers told us about the difficulty of making operative their Surgical Cardiology Center due to the impossibility of obtaining the necessary technical material “because of the sanctions”” …
Three years have passed since then, but the economic sanctions introduced by the West since the beginning of the civil war in 2010/11 against Syria, not only didn’t get lighter, but last June have been further reiterated and increased, both from the USA, with the so-called Caesar Act which blocks all types of economic / financial / commercial transactions with Syria, and from the EU. The European Countries, while moving in the same vein as the USA and thus confirming sanctions, to save face allow the financing of humanitarian interventions as long as they do not involve the Syrian government, as if it were possible to carry out effective interventions in such a deteriorated context, without national coordination carried out by the competent authorities.