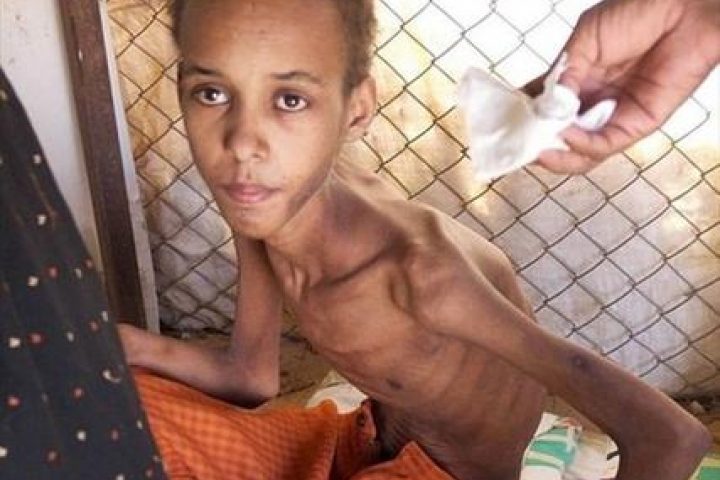 Alganesh Fessaha, an Italian-Eritrean who lives in Milan and travels the world to save Eritrean refugees, has published “Occhi Nel Deserto,” a collection of photos on the plight of refugees kidnapped and tortured by Sinai traffickers or imprisoned in Egyptian prisons. It tells the story of human trafficking in the desert of Moses and the alliance with a Salafi sheikh to free 750 people.

The Sinai desert in Egypt is a lawless land: 30 thousand people, mostly young, have been kidnapped and enslaved in the last five years. One out of three dies, while the others are tortured and abused sexually.

Here, in dark caves and cellars of villas turned into prisons, man has unleashed a cruelty driven by a thirst for money, racial and religious hatred. For the United Nations, the ancient routes of the Sinai desert leading to Sudan and Sahel, have experienced the worst human trafficking since 2008.

The victims and executioners

The victims are Eritreans fleeing from unlimited military conscription and from a dictatorship that has transformed the country into an open-air prison, and to a lesser extent Ethiopians, Sudanese, Malians and Chadians. To them – after the 2008 Berlusconi-Gheddafi agreement that called for the sealing of Libya and collective refoulements, for which Italy was later condemned by the Strasbourg Court ‒ traffickers have proposed an alternative route for Europe.

After defecting and recompensing smugglers at home, the Eritreans then have to pay the Rashaida nomads of Sudan to travel in crammed trucks or jeeps from the UNHCR refugee camps (www.unhcr.it) of My Ayni in Ethiopia, Shegarab in Sudan, or Khartoum, up to the Sinai, where they are handed over to Egyptian Bedouins. Some of these clans are part of a real mafia organisation, a criminal mechanism that makes use of payments via money transfers and mobile phones to ask for ransoms from relatives of the victims. According to the United Nations, the accomplices include General Manjus Kifle and other officials of the Asmara regime.

The supermarket of humans

This is evidenced in the photos of bodies and faces marked by violence, a punch in the stomach, collected in the book “Occhi nel deserto” (Edizioni Sui www.edizionisui.it/scheda.asp?IDV=304), presented in Milan at the headquarters of the Community of Sant’Egidio (www.santegidio.org).

The author is Alganesh Fessaha, an Italian-Eritrean doctor who has been living in the Lombard capital for almost 40 years and who last year received the “Ambrogino d’oro”. Over time, she has become a reference point for Eritreans leaving their country, 4000 per month according to Amnesty International (www.amnesty.it).

“I receive calls at every hour of the night and day from refugees asking for help, she says.” She travels to North Sinai at least four times a year. With her “Gandhi” non-governmental organisation (www.asefasc.org/), she succeeded in freeing 750 kidnapped people, who were then handed over to the High Commissioner of the United Nations of Cairo (www.refuge-egypt.org/), while more than 3000 refugees, including children, were released from Egyptian prisons, where they were held as illegal immigrants.

Plastic melted on the skin and organ trafficking

Alganesh, called “mamma” by the refugees, uncovered the trafficking ring in 2009 after listening to the screams of desperate hostages. They were the same calls received by relatives of the hostages to convince them to pay the ransom. “While they were speaking,” she says, “they were being tortured by having plastic melted on their skin, or beaten with sticks and iron bars, while their hair was burned with kerosene.”

She tries to get details to find out their position: “we are close to a Mosque, a group of camels that never move.” She repeatedly heard the phrase, “If you don’t pay, we can always sell a cornea or kidney,” referring to the organ trafficking that still makes money for these Bedouin groups. The ransoms have increased from 10,000 dollars in 2009 to 45,000 dollars in 2012 for those who have relatives in the USA.

Today the kidnappings in the Sinai have decreased because Egypt has bombed the houses of the traffickers in order to combat Islamist terrorism. Meanwhile, Israel has erected a wall at the borders of the Promised Land and has passed a controversial law to imprison illegal immigrants. The routes, not the brutality, have simply been modified: the Rashaida groups kidnap victims in the refugee camps of Sudan, and the traffic in the desert heads towards Egypt or Libya.

Alliance with a Muslim Salafi

Alganesh obtains releases without the payment of a ransom thanks to the alliance with a Salafi sheikh of Sinai, Awwad Mohamed Ali Hassan. “Some refugees,” explains the doctor, “told me about a sheik who every Friday would go to talk to the families of the Bedouin who imprisoned refugees. I went looking for him.”

A great friendship was born from the astonishment of meeting a Christian woman on her own, who came from Italy to free men and women she did not know. She says, “When I met him, he told me to stay the night and sleep with the women of his tribe. I didn’t close my eyes, I was scared that I had landed in the hands of traffickers. Instead, the next morning the sheik came looking for me and told me that the Quran does not advocate violence or profiting from human lives. Since then, we have carried out many missions together and he protects me like I was his sister.”

On her journeys to the places where Eritreans suffer, Alganesh has also risked her life. She was once deported back to Italy with a broken humerus and six broken ribs after being beaten in Libya. “A caress compared to what the refugees kidnapped in the desert suffer,” she says. “And I think about the women raped dozens of times, about adolescents little more than children forced to drink their own urine, and skeletal prisoners chained underground near the homes of the kidnappers. The ordeal of these people is depicted, unfiltered, in “Occhi nel deserto”.