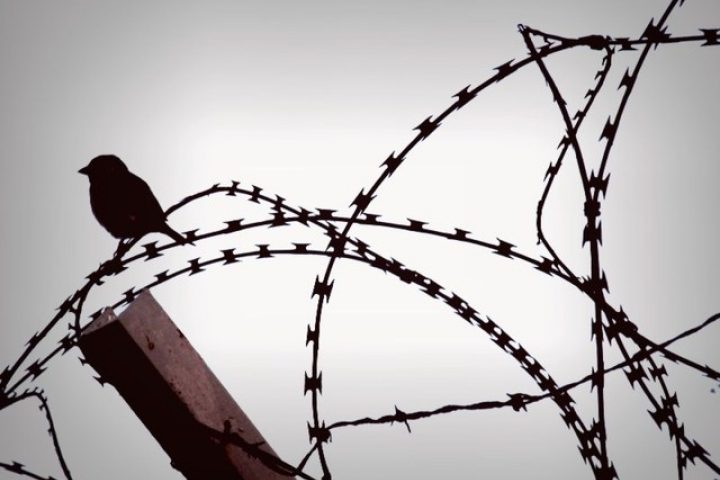 Rome, August 12, 2015 – It was the summer of “the illegals”. In a summer devoid of resounding crime news, gossip columns and discounted weather recriminations on climate, more and more volatile and hostile even in the temperate zones, the major topic was the “illegals”, the “disembarked”, the “invasion of immigrants” of which people have had enough. The Northern League was able to give an “A” to the campaign that had gathered approval far beyond the enclosure of the Salvini Party; fearing that M5S party would lose its aim, Grillo had intervened to give the indications to militants calling for a freeze on residence permits and returns; and Forza Italia launched the slogan of “check points” against vu’ cumprà beach sellers.

As for the majority, they preferred to adopt a low profile, avoiding a direct confrontation on an obviously complex, difficult and unpopular issue. Thus, it happened that more distinct and clearer words on the topic were not said by the secretary of a party, but by Monsignor Galantino of the Italian Bishops’ Conference, who with an unusual language for a high priest but blunt and frank, denounced that “the worthless square-shooters, whom in order to acquire votes, say extraordinarily foolish things”. The secretary of the CEI is right because the debate that we participate in – either on television talk shows, under a parasol, or at a sports bar where we go to drink coffee – seems to prescind from every fact of reality and from every culture of law. The first fact of reality is that “those from boats” constitute a new phenomenon of migration, for the most part determined by civil wars (Nigeria, Mali, Sudan, Iraq, Syria …), the “collapse” of states that actually do not exist anymore (Somalia, Libya …), and the deterioration of living conditions (Eritrea …). Behind the new Mediterranean migrations stands the destabilization of an entire geopolitical area, and with it, the failure of European and Western Politics in “exporting democracy” in that they ended up importing those affected by poverty and fundamentalism of Islamic origin. Based on this broad and damningly complicated scenario, a responsible political class should reason and talk some sense into Italians and Europeans. On the contrary, ‘populism’ is the strategy used by preferring to oversee the discontented opinions regarding the global migration, thus magnifying the problem to later interpret the predictable application of security and order stemming from the fears evoked. Due to this mechanism, ‘the immigrant’ becomes the scapegoat responsible for unemployment, urban decay, insecurity, terrorist attacks, the spread of serious diseases, and the crisis of the pension system: in short, the civil and material collapse of our society! And so, turning to an old myth, the populist that is in us, is convinced that only by flaying and hunting this unhealthy and infectious being, you can restore order and security to the civilian community. But this is anthropology. And politics is a different thing. A responsible political class is the one that has the courage to put forward sustainable and useful proposals for the common good even when the later may be unpopular; while on the other hand, an irresponsible political class, intentionally ignoring the ethics of sustainability and public utility, and uses the weapons of propaganda to build an image for strengthening its own platform. And so the fact that immigrant labour in Italy produces about 9% of national GDP becomes secondary; or that to date, the “landings” increased only by 8% compared to last year; or that the southern regions accommodate the majority of immigrants and asylum seekers proportionately to their population, for which Puglia (4 million inhabitants) accommodates as much as Lombardy (10 million inhabitants). And yet, without resorting to the categories of Christian love or of the Christian service, we forget that there are Italian and international laws that protect vulnerable migrants and asylum seekers. These laws are a legal and civil heritage that has determined the moral leadership of Europe in terms of humanitarian law. Anything can be done for a few extra votes, such as ignoring reality, evoking fears and inventing an enemy; even disregarding the cultural and social roots that make us who we are. But unfortunately, that is how our democracy quickly turns into a populist arena.