Refoulement in Italy: The Concerns About the Hotspot’s Approach 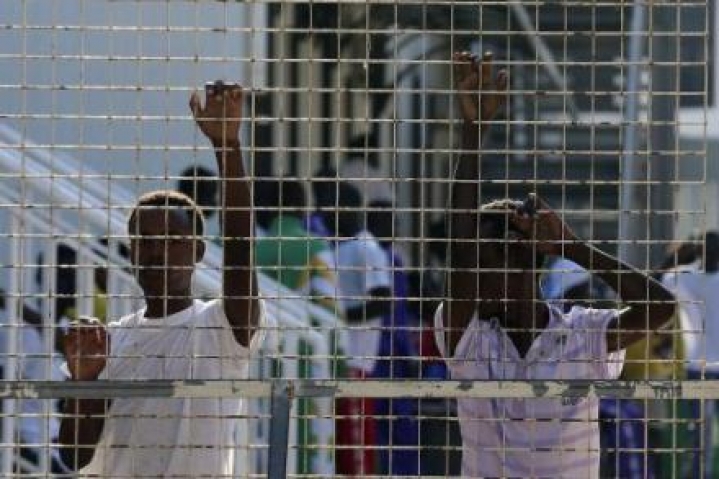 Ahmed arrived at the hotspot in Lampedusa on Tuesday October 6th. The next day, he has been already on the ship to Porto Empedocle, near Agrigento, where he landed in the afternoon. At 10 PM, he already had a border rejection request issued by the local police station according to which he should leave Italy within seven days. He was simply informed about reaching Rome Fiumicino Airport to go back to Ivory Coast.

“These days we met about thirty people who landed with Ahmed – says Valerio Landri of Caritas Agrigento – all with the same story. Once arrived in Lampedusa they were asked to provide their general details. Then, the Authorities carried out fingerprinting and got mugshots. But they have not received any kind of information about their rights or the chance to apply for asylum.” In addition, they would not even meet the humanitarian workers. In recent weeks, such situations have occurred in different parts of Sicily. Doctors Without Borders, which operates within the Centre for first aid and reception of Pozzallo (Siracusa) reported “more than a hundred people have been expelled from the CPSA. Among them women, even pregnant and children” says Stefano Di Carlo, the project leader. The same situation occurred in Catania in which the association Borderline Sicilia would intercepted eighty people and in Siracusa where the lawyer Carla Trommino, coordinator of the Association for Legal Studies on Immigration (Asgi) has collected 105 cases from September 26th to date. Men and women who are literally left alone and assisted only by associations and local Caritas. Thus, this hotspot’s approach, set out by the EU to manage the immigration flows that come from the southern shores of the Mediterranean, start with many concerns. The situation worries Oliviero Forti, Immigration Officer of Caritas Italian. We know that many migrants, especially those from countries in sub-Saharan Africa, receive the border rejection request as soon as they land without having had the opportunity to submit a request for international protection.” In addition, there are concerns about this selection based on a nationality principle. The hotspots aim to separate asylum seekers (who are eligible for relocation under the provisions of the Europe Agreements) from who is not entitled to international protection. Syrians, Eritreans and Iraqis are in the first group but the criteria by which to recognize the second group are not clear. “Asylum applications must be evaluated individually, based on the individual stories, and not on a national basis – says Oliviero Forti – .. We also ask the government to stop this procedure , which is producing irregularities and confusion in the territories. A concern shared by the Astalli Centre, which points out that, to decide who is a ‘real refugee’ and who is not cannot be made by simply asking from which country immigrants are from. “We demand that potential applicants are treated everyone equally and have the right to seek asylum wherever they come from,” said the president Camillo Ripamonti. Moreover, this short stay in the hotspots (maximum 48 hours) makes it difficult to protect vulnerable people such as minors and victims of trafficking. “The Nigerian women, who are at high risk, are not easily identifiable,” says Fulvio Vassallo Paelologo, professor at the University of Palermo. Another worrying event that occurred in Rome last July: the immediate transfer few hours after landing, to the Centre for Identification and Expulsion (CIE) of Ponte Galeria of a group of 66 Nigerian women. Twenty of them, despite having applied for political asylum, were repatriated with two different flights between September 17th and August 15th. “Repatriations take place in a very short time and this is extremely worrying because we have not time to take action to stop these measures,” says Gabriella Guido, coordinator of the campaign ‘LasciateCIEntrare’ who immediately intervened to protect these women. Even the appeal made by the European Court of Human Rights has taken effect. “Through the system of hotspots Italy must show Europe that is able to handle the migrants – concludes Gabriella Guido -. And we are only at the beginning.”