Across the borders: From Lampedusa to Mexico 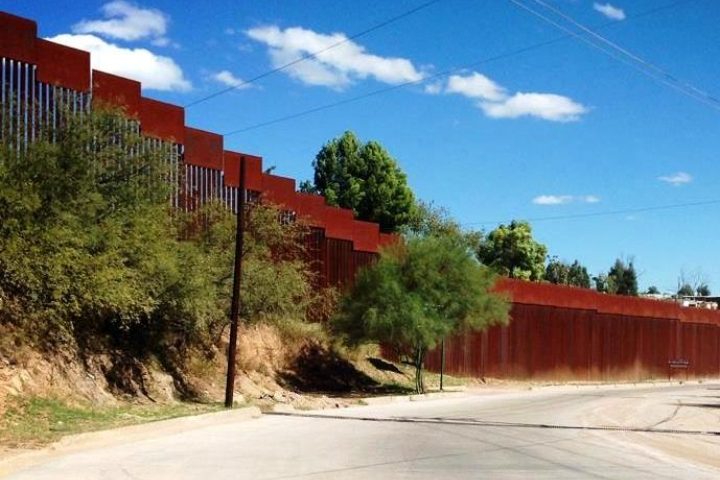 Arizona, USA, 18 November 2015 – I look at the map of the world to try to understand how long the trip, my trip, was this time, and realised that the tiny dot representing Lampedusa is almost at the same height as the border between Arizona and Mexico. The Mediterranean Hope project went to get to know and make itself known by another border of our time, another border between North and South. When I say I have come from Lampedusa in Italy, people are surprised. They cannot believe that I have come from so far away, and that the stories I tell are so familiar and disturbing at the same time.

I talk to Marcus, a young man from Honduras who left his home to provide a future for his family and to his three children. He just wants to work so he can support them, because the life in Honduras is too difficult. We are in Nogales, Mexico, just across the border. We are in a shelter run by the Kino Border Initiative for migrants who have been deported from the United States. It not only offers two hot meals a day and moments of sharing and prayer, but also the opportunity to meet lawyers and talk about situations of difficulty and exploitation in order to understand the rights of everyone. Marcus tells me that he has already tried to climb over the wall five times, but each time he is arrested by the Border Patrol and put into prison, where he remains for several months before being deported. I speak Italian and he answers me in Spanish, we understand each other, his eyes are clear. I tell Marcus where I come from, and on a piece of paper, I draw Lampedusa and tell him how the migrants arrive. I tell him about the boats and the sea. He looks at me thoughtfully and then says, “I don’t know what is more dangerous, your sea or this desert. But I think I would much rather prefer to walk across the desert with my own feet rather than the sea.” One of the activists of the Kino Initiative tells us that this year at least 125 people died crossing the desert, those of which traces can be found.

It is a huge desert without reference points, where the nights are freezing and coyotes do not spare you. And “coyotes” can also be the name for those traffickers who for a high price help you cross the border, sometimes forcing people to carry drugs. An even higher penalty and more months of detention. I tell my fellow travellers, members of the United Church of Christ (UCC), that there were more than 3500 deaths in the Mediterranean sea this year. There are no words. This sea is as murderess as the laws imposed by us.

I think of the detention system in the USA. I think of the young men I saw in an Arizona court, who were forced to plead guilty for having tried to enter the country. I think of the period they will spend in private prisons – big businesses in the hands of lobbying groups – before being deported. I think of them, of their young frightened faces, handcuffed and with a chain binding their hands, hips and feet. I find it hard to breath. We build walls and chains for a humanity that we do not want, so that we do not have to give up our wealth. The “coyotes” are ruthless just like our human traffickers. Women must pay a higher price so that they are not raped. If they cannot pay, they are abused in Mexico and by the same border patrol on US soil. Welcome to the land of opportunities – I think to myself – squinting my eyes at everything I see.

Walls, borders and stories that are distant but not so different. Mothers who are forced to leave their children; men who only want the right to work with dignity; police, bars and chains. We are taking a long walk in the desert, accompanied by a courageous woman who lives here in this expanse of cactus with mountains on the horizon. The path is steep and we come across white crosses. Bodies found in 2009, or rather, bones. Without a name and without a story, but now with a place to be mourned and remembered. I think of all our brothers and sisters under the sea, or those buried near our loved ones who do not have a family that can recognise them. Our guide looks at me; she was in Europe and she knows Lampedusa and its history. We bring these people with us in the desert and think about them as victims of the same evil. She reminds me of a dear friend in Lampedusa, another courageous and tireless guide.

I talked about everything that happens here as loud as I could, too many similarities, human beings turned into criminals, military borders, laws that shackle. The border between the United States and Mexico remains on the skin of those who cross it, as happens here. In some way, I think it also remained on my skin. In the words of the theologian, Paul Tillich, “borders follow us wherever we go.” And even though the war and violence in some other place once again arrives in our Europe, we continue to believe that our suffering is different, we continue not to understand what a piece of the world is running away from, we continue not wanting to see or not wanting to feel responsible.

We are so good at building prisons, chains and borders because, first and foremost, they are inside us.