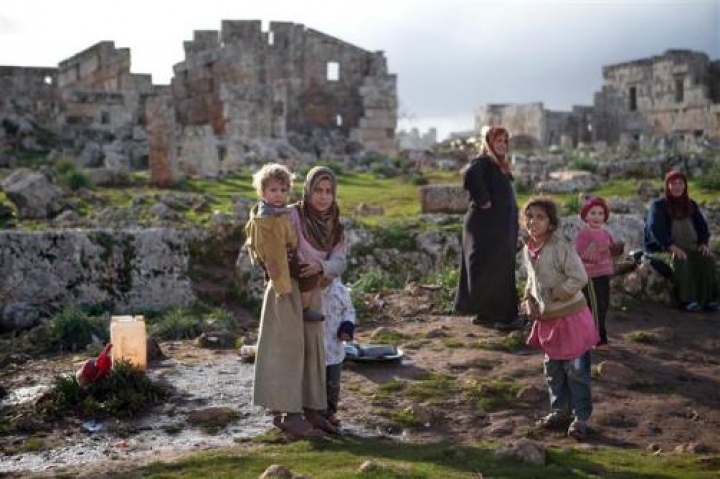 After a development phase that took months to dialogue with the authorities involved , today the FCEI and the Community of Sant’Egidio announced the opening of humanitarian corridors to enter Italy from Lebanon, Morocco and Ethiopia. In the future this will be a possible model. Against the massacre that has occurred in the Mediterranean Sea, the FCEI and the Community of Sant’Egidio launched a proposal to open in the countries of origin a dedicated channel, to obtain visas for humanitarian reasons. Today, this pilot project has begun and for the first time refugees could avoid risking their lives during those journeys of despair. This is an absolute novelty for our country and a possible model for Europe.

The legal basis of the initiative is based on Article 25 of Regulation (EC) 810/2009 of 13 July 2009 that establishes a Community Code on Visas. Namely it is the possibility of granting visas with limited territorial validity, notwithstanding the entry provisions pursuant to the Schengen Borders Code – “for humanitarian reasons or national interest or under International obligations”.

By implementing this disposition and according to the provision established by the Ministry of Interior and the Ministry of Foreign Affairs, one or more diplomatic missions are authorised to issue a predetermined number of visas for “humanitarian reasons”.

After months of diplomatic relations and dialogue, and after obtaining the required authorisations, today has been opened the first humanitarian corridor, which could be a model for other European countries.

On October 29th we realised that something has happened in this sense. That day, 35 bishops and religious leaders from 20 countries gathered in Munich to think and discuss the tragedy of refugees and the role of the churches in the “processes of emergency management and risk”. The board strongly requested the creation of safe passages, the humanitarian corridors – along which allow the transit of immigrants.

“As Christians,” says the document signed by those present who represent Protestant, Anglican, Orthodox and Catholic members, as well as humanitarian organisations linked with them, “we must refer to Matthew 25: the neighbour is always the image of Lord, knowing also that every being is created in his image and likeness”.

“The Church of Christ knows the experience of migration and borders. The Holy Family had taken refuge itself; the very incarnation of our Lord is a crossing border between the human and the divine”, reports the document that complaint in the second part against the re-nationalization of politics, increasingly convoluted. “Even in the churches there is an isolationist temptation. We must struggle against it and work under a universal and wide ecumenical perspective.”

Pastor Massimo Aquilante, the former President of the FCEI said that the project would soon be followed by other Governments. “The Protestant churches in Austria, who have an agreement with their government, would be ready to accommodate 200 people.” Obviously, the humanitarian corridors, Massimo Aquilante said, “are not intended to solve the whole issue of immigration. It is a pilot project and deals with small numbers; it conceived to become a good practise. If other European governments will want to follow this model, then this practice may lead to a revision of the Dublin Regulation and the European legislation. ”

There are many immigrants, Massimo Aquilante continued, “fleeing from war that have no papers and cannot get them in their country of origin. This is precisely the focus of the project: supporting them. Resolved the preliminary issues, we will evaluate how fulfil the request. Our help desk will act to find the missing documents and mediate with the Italian embassy. ”

It will not be “just a paperwork and notary activities, but a real support to move from Morocco to Italy, and even from Morocco to the country that is in the immigrant plan. If this will become a model in Morocco, over the years the big churches will do better than we can do and convince their governments to follow this good practice.