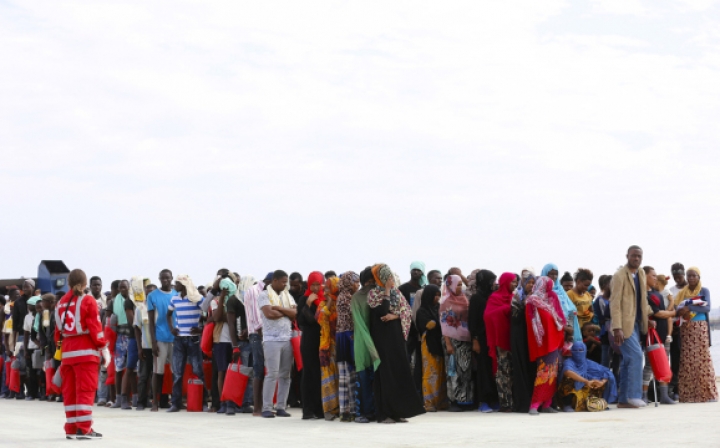 As of January 2016, Italy will open Humanitarian Corridors for those who come from the other side of the Mediterranean. The project, conceived by FCEI and the Community of Sant’Egidio will allow one thousand asylum seekers to apply for a visa and enter Italy without incurring expensive and dangerous sea voyages.

The beneficiaries will be identified by specific departments that have been opened in Morocco and Lebanon today. They will be chosen among the most vulnerable (pregnant women, women with children, disabled, and elderly) and the most afflicted by war, in particular the Syrians. Over a short time, another office will be opened in Ethiopia for asylum seekers coming from Eritrea, Somalia and Sudan. The Italian Foreign Ministry of the Interior Ministry approved this project. Italy will provide visas, valid only in our country (and not to enter the rest of the Schengen area). However, the operation will be managed and financially supported by the aforementioned two organisations: “Transportation and hospitality costs for asylum applications will be taken into consideration without impacting on the Italian Government”, the organisers said. Firstly, the Tavola Valdese (Waldensian Executive Board) will invest one million Euro that comes from the eight per thousand funds and other private donations.

The project shows once again that in Europe there is a civil society more advanced than the political leaders.

The organisers recognise that it was not easy to convince institutional counterparts: this project has been developed in a context of fear and border closure. The official policy of the European Union does not act to issue visas for refugees or any other procedure for asylum seekers in embassies. Paradoxically, citizens of countries at war like Syria are always considered asylum seekers but at the same time, they are forced to enter Europe illegally, risking their lives and enriching smugglers. “For us, this is equivalent to a peace agreement, it saves lives. We want to end these boats of death”, the president of Sant’Egidio, Marco Impagliazzo said.

These thousand visas compared to more than 900,000 arrivals in Europe in 2015 seem a drop in the ocean. However, as pointed out by Pastor Eugenio Bernardini, moderator of the Tavola Valdese “what we have started is an experiment, a tool to push the other European churches and institutions to launch similar initiatives.”

Once again, this project shows that in Europe there is a civil society more advanced than political leaders. However, it also highlights a contradiction: as happened last year in rescue operations in the Mediterranean, with direct intervention in the sea of various non-institutional players (Medecins Sans Frontieres, MOAS and Sea Watch). Private entities or entities of the third sector are increasingly involved in tasks that should be handled by the Governments.