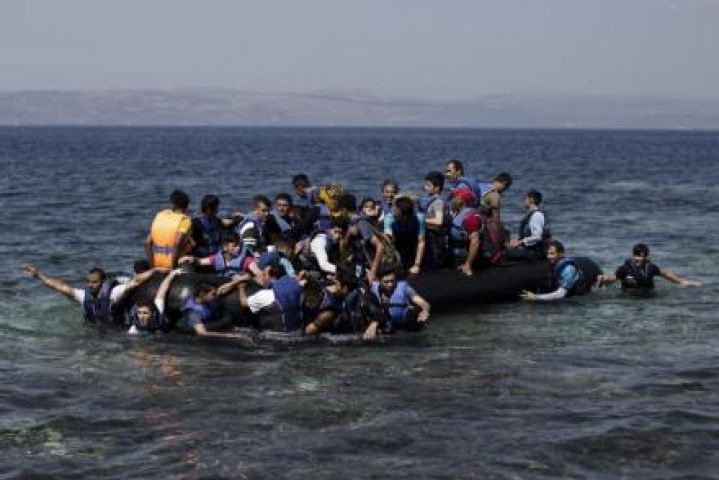 Sponsored by the Federation of Protestant Churches in Italy in collaboration with the Community of Sant’Egidio and supported by the eight per thousand tax funds of the Tavola Valdese (Waldensian Executive Board), the newly launched pilot project has a high potential: if the results are positive, it could be a model for the other European countries.

Concerning the immigration policies, the recent EU summit in Brussels found common ground only on tightening the control on Schengen external borders. Namely, it meant the establishment of a dedicated EU border guard corp. How much does it cost? It is still unclear. Other issues, as relocations, repatriations, fingerprints, integration policies, by contrast remain still unsolved and agreements are far to be reached. Not to mention humanitarian corridors. While in Brussels politicians argued on how to manage the current migration crisis within the Schengen area – reaffirming, however, the control of the external borders of Fortress Europe – a few days ago in Rome, the Federation of Protestant Churches in Italy (FCEI), the Community of Sant’Egidio and the Tavola Valdese, on the grounds of the Schengen Visa Code, launched a pilot project to open humanitarian corridors in Lebanon, Morocco and soon also in Ethiopia. The memorandum of understanding signed with the Ministry of Foreign Affairs and the Ministry of Interior, now will allow a thousand refugees in conditions of high vulnerability to obtain a visa for humanitarian reasons and thus arriving in Italy in a safe and legal way. A first try in Europe! Of course, 1000 people is a drop in the bucket, we must say it, but it will avoid that journey of death, that only in 2015 claimed the lives of more than 3,500 people, including many children who were fleeing from war and persecution. And these are individuals who would have been entitled to protection according to the international treaties.

The news about the opening of humanitarian corridors to enter Italy went far beyond our territory. The ecumenical pilot project, largely supported by the eight per thousand tax funds of the Waldensian church and therefore free from costs for the Italian government, was reported – among others – by the French newspaper La Croix, the German weekly Der Spiegel, the Austrian ORF, the Lebanese French newspaper L’Orient-Le-Jour, and the communications service of the World Council of Churches (WCC) based in Geneva that spread the news across 5 continents. In Italy, on December 17th the headlines of the Catholic daily “Avvenire” read: “The real safety”. The day before the daily “L’Unità” issued an interview to the President of FCEI, Luca Maria Negro. The idea is to put in place a legal and safe alternative. And the legal framework that allows this project is Art. 25 of the (EC) 810/2009 of 13 July 2009 Regulation that sets out visas with limited territorial validity “for humanitarian reasons or national interest or because of international obligations”, notwithstanding the ordinary entry conditions provided by the Schengen’s Borders Code. A standard that has not yet found application, because it really leaves to each embassy a very high discretion to do so, or not. Hence, the great role of the Ministry of Foreign Affairs in informing the local embassies. Once welcomed in Italy by the sponsoring organizations the refugees can claim asylum, and here the collaboration with the Ministry of Interior will be crucial. Thanks to this agreement, signed by the competent authorities for the first time, the refugees that are already at very high risk will not have to risk their lives during those journeys of despair.

Promoters hope that other Schengen countries can initiate similar experiments. They are convinced that it is here a good practice, a model that can be activated across Europe. There is no reason why countries such as Switzerland, Norway, Austria, Luxembourg and others, which for obvious reasons will never be the countries of “first entering” as foreseen by the Dublin Regulation, cannot apply the same device. How many lives could be saved, and how many smugglers and human traffickers would be stopped in their deadly business, by simply applying a provision that is already given for the entire Schengen area? But there is more: for example, the costs for these operations compared to what we will presumably spend on protecting the Fortress Europe by means of special guards, are absolutely sustainable and the problem of refugees’ relocation in Europe could be solved upstream. The issue is still pending. For now, hats off to this project promoters that have ecumenically pushed on!