We Have Tried To Be Helpful 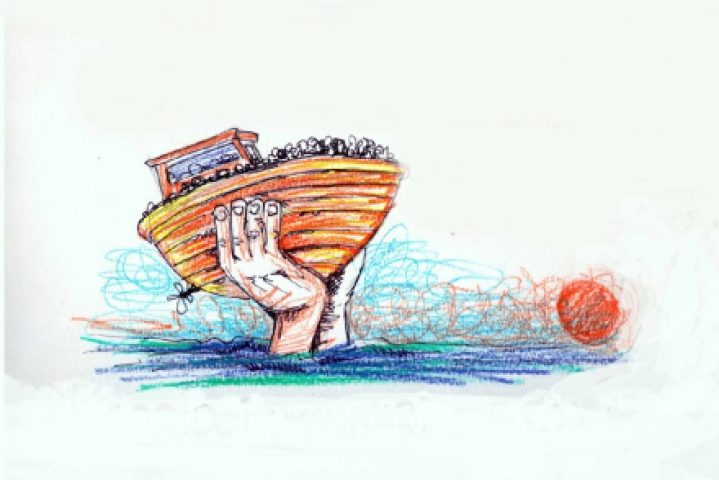 We have tried to be helpful in some way: this could be the beginning of a poem; instead, it really defines our condition. We are a little team made of a doctor and three operators that is now in Lebanon for the “Humanitarian Corridors” project. We should also provide medical help to the many refugees living in the camps of Lebanon. We try to provide practical help, maybe just a small initiative. We have to be useful in some way: making drawings, distributing sweets to children and talking to the people who need to tell their stories. We have visited the refugee camps in the north and the south of Lebanon getting close to the Syrian border. The closer we got to this border the more we saw the plastic and canvas cabins of the refugee camps.

Then, we got back to Sidon, where we arrived for a first mission last month. There, we have met 700 people who lived in a big abandoned building, all Syrians, all from the triangle Idlib – Hama – Homs (West of Syria). We have been very vague with Walid, the community representativ at that time. We did not want to make promises that, perhaps, we could not keep, but we wanted to be helpful while developing the model of intervention for humanitarian corridors. Thus, going back to Lebanon, we brought medicines and visited many people. We got back to Sidon as there we have met Mariam a skinny 9-years old little girl, burned over nearly half her body with one of her shoulder never treated. We saw her burns that cover all her arm reaching even her fingers. This was caused by a barrel-bomb, a ‘dirty bomb’ filled with nails and other sharp objects that explodes ending up everywhere. Mariam’s father lost one of his eyes for the same reason, and if it is difficult for the Syrians to find a job in Lebanon, for him it was impossible. Her mother, not very young and lame, has tried to do her best to look after Mariam and three brothers.

Those green eyes left us very surprised, not knowing what to say while dozens of children ran around us like bees among the flowers. We looked down, embarassed. Facing so much pain, we did not know what to do. Just wondering why we were leaving without bringing them with us and bringing Mariam to be cared. We told them that if all went well we would return after a month with more help. And, that is what we did. Her mother, after a while brought Mariam away.They entered their room without windows in the building they squatted.

Today we are back, but Mariam is not in. We have asked the Lebanese Red Cross operators who distributed medicines in the run-down premises of the building about that wonderful-eyed little girl, forever marked by the war. They have told us that she was at school. It is a pity, as we wanted to keep our promise.

Today, we have been informed that the Italian Government signed the humanitarian corridors project. This means that for the people like Mariam, for those who live in these areas between scabies, cold and misery we have one more chance to protect them from the ferocity of the world.