Find the Differences: Stories From the Border 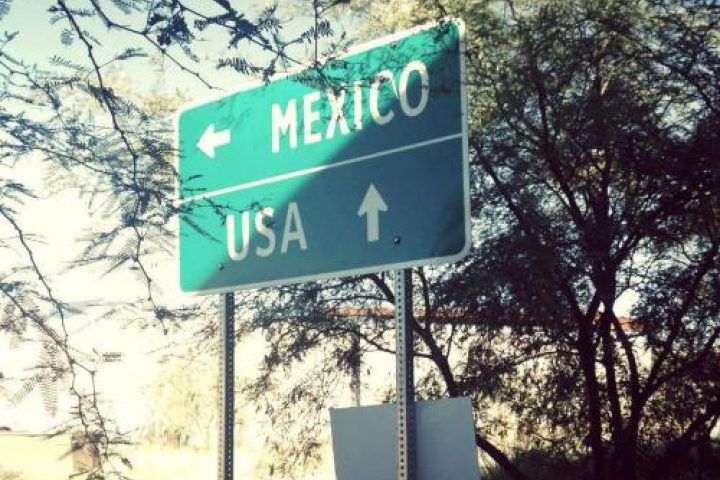 Arizona, United States, 20th January 2016 – The man was sitting by the roadside. He did not look worried while the car was approaching. He just looked up and said: “Have you seen my son? I’m looking for him but I cannot find him”. He was sitting since he had both hips broken and two bottles of water that were almost empty. With their red hats pulled down against this strong sun, the volunteers apologised, “no, we have not seen your son,”. Then, they gave him clean water and called an ambulance. When the volunteers returned the next day to see how he was, the man was gone. They did not see that man any more, strongly wondering if he had ever found his son.

This is not the beginning of a novel. These lines are the perfect representation of the stories I have heard about this frontier. This is not the Sicilian sunny pier, but we are in the desert between the United States and Mexico. The bottles of water that Juan, about 40 years old native of Honduras, had in his hands are those left in the desert every week by the humanitarian group of Samaritans. Shura Wallin is a tireless volunteer who founded these group 12 years ago along with Pastor Randy Mayer of the Good Shepherd United Church of Christ (Reformed Church in the United States) in Sahuarita, Arizona.

After more than a month in this place along another border and following my two-year experiences in Lampedusa, I can reply to the many asking me if there are similarities between this frontier and the Italian one in Lampedusa. Mostly, I really ask myself if the two scenarios are different, because the similarities are many and in the end this is not a positive consideration.

I heard many stories that one night Shura told me with a large table full of objects, in front of her: broken shoes or shoes covered with pieces of cloth to avoid leaving footprints in the desert, there are coated water bottles, some pictures, there are several bandanas and embroidered sheets, a pursue with make-up and a baby bottle. Each object is a story of people with names, families, dignity and wishes, people often disappeared in the sand rather than among the waves of the sea. In these stories there are houses left in search of a better future or for fleeing from countries with high rates of violence such as Guatemala, Honduras or El Salvador. But, in these stories there are also children grown in the United States who are deported together with their mothers as criminals, arrested in their homes at dawn – patrolling police cars with speakers repeating the name of neighbours that have been living in peace for years; and then the detention centres and a bus to return to the land from which they escaped with a son who does not know the language. That is the fight against “illegal” immigration that the current Administration has carried out in recent months.

The actors in these stories are different. There are the Border Patrol which is one of the largest federal forces in the United States and also one of the least monitored internally. Surely being in the border areas the Border Patrol has often saved the lives of several people in the desert, but there are also numerous testimonies about grave abuses against immigrants and the local communities of the border areas, that have not been taken in consideration at all. The data collected by the Border Patrol are not available or made public, as well as reports, videos or other information. Even in the case of an agent shooting another agent, the family cannot have some definite information. So, imagine what can happen to immigrants who are not entitled to any rights. Then there are the “Minutemen”, self-organised groups of men, often former military or police men who as private citizens patrol to intercept and bring migrants to the Border Patrol. These groups have their personal weapons and they are the same people who probably one day in the desert, as told Shura, left hanging a noose from a tree on a transit point for migrants. That was a gentle warning to those who try to enter the desired land of the United States of America.

However, there are also humanitarian groups like the Samaritans who go there every week in the desert, to leave water and food, and to provide help or retrace those places in which sometimes there is a cross with the words “Desconocido” that means “unknown”. These are not just humanitarian groups, they are committed to raise the awareness about what is happening at the border carrying out action to defend the rights of migrants and to reflect on the choices made at a national level, as crowding this desert of weapons, a deadly deterrent for those who are fleeing, or treating vulnerable, potential asylum seekers, as the worst criminals. I saw the pictures taken in detention centres: these places are prison with bars on the windows, bunk beds and cramped rooms. My heart has gone out to the families who are separated, the parents who have to leave their children, maybe already citizens because they were born on the American soil.

In a camp for deported immigrants in Nogales, Mexico, some volunteers have been doing telephones calls to reach the families of those ones who have just left from the prisons, after months without being in contact with their families. Miguel, Guatemala, wants to go back the border to return to his children, but someone says “Wait Miguel, now it’s too dangerous, at night in the desert it is too cold, and please, do not go alone and do not trust anyone who promises you to easily entering the other side. ” Traffickers play, in fact, a role in this scenario: the “Coyote” and the drug cartels make the best business thanks to the many in search of a future.

If I think on what difference there is between here and Europe I cannot tell how many they are. Mostly, I have seen the risk of learning something from this border. That means to invest and increasingly huge amount of money to militarise the borders as a fear based response or to deport and discriminate rather than defending the rights of every human being.