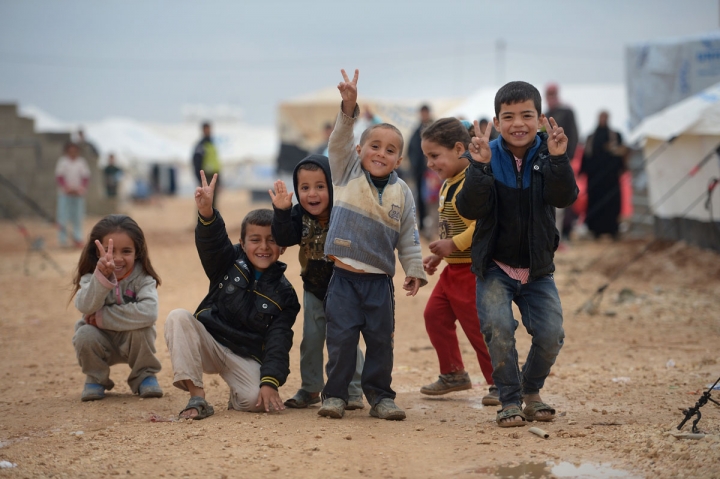 ROME — An Italian ecumenical mission is in Lebanon this week to work out the final details of a pilot project to bring as many as 1,000 refugees to Italy on humanitarian visas so they’re not tempted to risk deadly sea crossings to get to Europe.

The U.N. refugee agency has welcomed the initiative, one of many types of private sponsorships that are enabling particularly vulnerable or needy refugees to reach safety and start new lives in third countries.

In this case, the Federation of Protestant Churches in Italy and the Rome-based Catholic Sant’Egidio Community teamed up to ask the Italian government grant 1,000 humanitarian visas for refugees in camps in Lebanon, Morocco and Ethiopia.

The aim is to airlift an initial group of about 100 of the most vulnerable refugees — most of them Syrians who are sick, disabled or elderly, or women alone with young children — from a Lebanese camp by the end of the month or early February, said Marco Impagliazzo, president of the Sant’Egidio Community.

“It’s an exemplary agreement to avoid the ‘voyages of death’ and exploitation by traffickers,” Impagliazzo said in a phone interview. He added that he hoped Italy would offer more such visas and that other European countries would follow suit.

Once in Italy, the refugees will begin the asylum process and will be provided with housing, health care, educational and vocational services.

The project is being largely financed by the Waldensian evangelical church, one of the religious groups that Italian taxpayers can select to receive a small percentage of their federal income taxes. Sant’Egidio is kicking in the rest.

The project calls for aid groups on the ground to help identify potential candidates who would be brought to the Italian consulate in Beirut for fingerprinting. Once the Italians have conducted the required security checks, the consulate would then process the visas, and the first “humanitarian corridor” will open, with the refugees taking a commercial flight to Italy, Impagliazzo said.

The U.N. High Commissioner for Refugees has long called for European countries, in particular, to facilitate legal immigration channels to discourage would-be refugees from turning to smugglers to get them to Europe.

“We are very, very positive and we hope that more countries will decide to follow these examples,” said Carlotta Sami, spokeswoman for UNHCR in southern Europe.

She noted that such private sponsorship initiatives, which are already in place in Germany, Canada, and Brazil, can often take much less time than official bilateral resettlement programs. These programs often require more than a year of diplomatic back-and-forth between governments before a refugee can be relocated.

“Only these kinds of programs can represent an incentive to not go to a human trafficker,” she said.