The Hopes of the Most Vulnerable 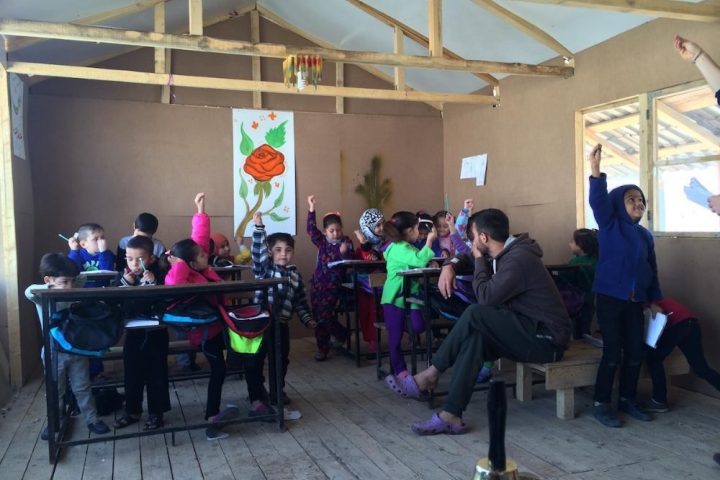 Beirut, Lebanon, 27 January 2016 – These days we are in Lebanon to identify those who will move to Italy through the humanitarian corridors as a team of Mediterranean Hope – the project promoted by FCEI. We have been spending these long days on visiting families, in camps, garages or shabby apartments or alternatively at meetings with NGOs and local institutions.
Some details were very impressive as the face of Najwa that has totally put her trust in us to leave the place in which she now lives: Al-Qubba, the “Syrian” district in Tripoli, northern Lebanon. She proudly wore her headscarf that is the one for important social events. Her headscarf seemed a Palestinian keffiyeh and it was, indeed, very beautiful.
She smiled at us, or better she was striving to do it, continuing being friendly. She insisted that we took not just one or two but three phone numbers to contact her family. We should be sure of being able to contact her. She would like that we did not we take off our shoes – as it is usual in this country to respect who receives guests. Actually, we were the ones honoured to meet people like Najwa who have lived experiences that could be only partly described.
Her husband Adlan, with his weak and small black eyes, was eager to tell his story. He did not understand why we were hesitating so long before interviewing the other members of the family. By our doctor Adlan was diagnosed with polio in one of his legs and with a severe injury in the other one. This conditions did not allow him to walk properly. Without thinking I was about writing “did not allow him to run away well” … and that was what he was doing in Homs during the bombings of his neighbourhood. He was trying to escape, running far away.
I can only continue with the story of J. who has been in prison for 113 days. What was he guilty of? Of bringing anti-government protesters to hospital. It was there that he was captured and held in Homs, then Tartouz. Repeatedly tortured on his back with a sort of saw which is generally used to cut wood. But in the case of J. …on his skin. And, in my head he became “Sigara Chazaya” as if it were his real name. Sigara as the cigarette butts put off on his arms and feet by the warders and Chazaya as the parts of the three bombs that exploded and that are still present in his body.
These are some of the stories of the “lucky” ones. These stories are just simple margin notes of a conflict greater than them. They have left behind their previous lives of which they have no faults. Finally, these people will have a second chance, a chance to be Italy and try to start again a second life.
Najwa, Adnan and J. will arrive in Italy through the humanitarian corridors. I hope that sooner other European countries may follow this small example of civilization.