Falak’s Arrival Through Humanitarian Corridors: Many Others Are to Come 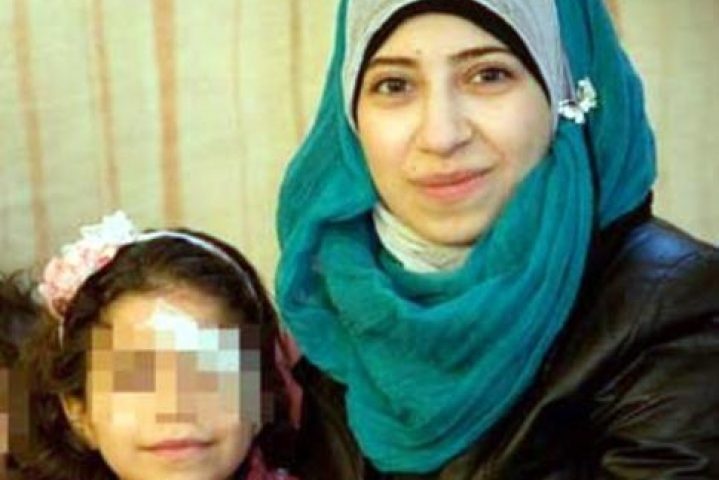 The good news is that Falak feels now better. Last Thursday she arrived in Italy from Beirut. She was immediately admitted to the Hospital Bambin Gesù in Rome to see whether her tumour, which had already damaged one of her eyes, has reached other parts of her body. First analysis were reassuring and the little seven year old girl has started a routine chemotherapy treatment.
Falak and her family come from Homs in Syria. There, IS has destroyed their homeland and the hope of living there. Falak’s family entered Lebanon as refugee and spent two years in a damp and dangerous slum on the outskirts of Beirut while Falak was ill and in need of care to which she could not access. They arrived in Italy thanks to the “humanitarian corridors” that have been opened on the basis of the cooperation protocol between FCEI (Federation of Protestant Churches in Italy), the Waldensian Board, the Community of Sant’Egidio and the Ministries of Interior and Foreign Affairs.
And soon another good news: about 80 refugees are expected to reach Italy. Mostly, they are Syrians and Iraqis who have already started the process to request humanitarian visas at the Lebanese consulate. That is, in fact, the legal way that allows the opening of the corridor and to which the FCEI and the Community of Sant’Egidio have referred to promote their proposal.

As well as from Lebanon, the protocol provides for the opening of humanitarian corridors from Morocco and Ethiopia, for a total of 1000 requests. A drop in the ocean, we might say, but at the moment it is the only alternative to illegal immigration channels. The project “corridors”, in short, is not the “solution” to recent migration challenges but a “good practice” that suggests a radically different approach from the current one. Firstly, this initiative represents a shift in focus from the actual strategies of security and block to a humanitarian and planned reception system. Secondly, it is a significant feature for the public opinion that has been made aware of this problem by allowing the arrival in Italy of people perfectly identified and thus in compliance with our security provisions. Thus, any controversy over “illegal immigrants” loses consistency. In addition, humanitarian corridors are compliant with an existing provision which has been never applied in Europe. There is only a precedent event but with a different legal framework. In the early ’90s took place the massive immigration flow from Albania after the end of the Enver Hoxha regime.

Thus, we would like to point out that in such a moment of apathy of the UE politics on the explosive and pressing issue of global migration, the proposal of humanitarian corridors could be extended to higher numbers and copied by any other country in Schengen area, starting from today.

That Is why the FCEI and the Community of Sant’Egidio are activating their European contacts to share and extend this good practice. The first responses received by ecumenical bodies such as the Commission of the Churches for Migrants in Europe (CCME) and some German regional churches as that of Westphalia are very encouraging.
Moreover, we should highlight that Churches and ecumenical networks are indeed an important part of this project. Not only because Catholics and Protestants have worked side by side to open the corridors but also because both have been playing a role with the associative reception networks at the arrival of migrants.

We are more pragmatic: the refugees arrived or about arriving from Lebanon through corridors have been indicated and accompanied by local charities entities, such as “Operazione Colomba” of the Pope John XXIII Community or other ecumenical organisations partner of the European Evangelical churches while in Morocco local representatives are the Evangelical Church and the Diocese of Tangier. It is absolutely clear that this project welcomes both Christians and Muslims without any religious barriers as it has been conceived under a humanitarian perspective to serve to the most vulnerable people.

But ecumenical entities has been operating also on the arrival, welcoming the refugees. Thus, we have been experiencing a sponsorship model that could home a higher number of refugees by enhancing the volunteer networks and thus facilitating the integration, in Italy like and many other UE Countries.

In conclusion, the FCEI and the Sant’Egidio Community, in collaboration with the Waldensian Board, are giving rise to an experiment that intend to bring to the attention of the national and European politics: the “humanitarian corridors”. This project, in fact, is a possible good practice that is able to combine humanitarian action and security requirements. It is also applicable to other countries by involving the civil society and thus facilitating integration and reducing the reception costs.

Finally, we have been dealing with a project that Italy has had the merit of adopting first and now. Hopefully, it could be set out at European level. And, that is also good news. In particular for those who like Falak are waiting in Lebanon refugee camps, in the forests of Morocco, or in the Ethiopian slums. But it is also good news for the role of Italy in Europe.