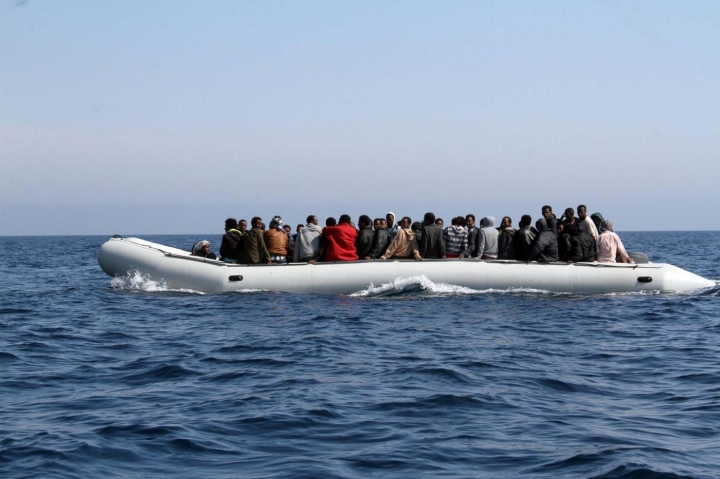 Lampedusa, Agrigento – Lampedusa: a transit place for hundreds of people and the crossroads of faces, stories and expectations. Surrounded by the Mediterranean Sea, Lampedusa is a landing place for those who have tried to cross the maritime borders of “Fortress Europe.” As a matter of fact, we have recently met young people – mostly from Ethiopia, Sudan, Somalia and Yemen that have sailed up to eighteen days at sea after leaving Egypt.

Actually, there is evidence that last April and May it has been recognised a major change in the strategies adopted by traffickers to allow the migrants to reach Europe. The deadlock of the Libyan conflict in which the Serraj’s government has not yet received the formal support of Tobruck’s Parliament and the militias continue to fight, has favoured the opening of a new and safer route compared to the Libyan one- at least the land route. Many migrants have increasingly travelled across Egypt to reach the Mediterranean Sea instead heading to Libya.

This sea journey, that is considerably longer and more dangerous, begins on the coast of the city of Alexandria. There, migrants can board fishing vessels of a certain size. Some people have reported offshore transfers on smaller vessels until being intercepted and saved by naval forces. Just a few days ago, we have witnessed the difficulties that this new route entails. During a landing in Lampedusa, we saw hungry people urgently ask for food after sailing for days. We had never faced such a situation before. The boys that we met told us of hundreds of people waiting to leave from the Egyptian coast.

According to the figures published by the “Missing Migrants” project of the World Organisation on Migration, the number of people perished or missing in the Mediterranean Sea has dramatically increased in recent years. This number has, in fact, increased from about 2,000 victims in 2011 (UNITED), to 3,279 in 2014, reaching the 3,770 units in 2015 (IOM). Although there are no official and comprehensive statistics, it has been envisaged that the tightening of controls on the borders might have forced migrants to choose increasingly risky routes. It is hard to know what will happen in the future. However, traffickers will continue to renew their strategies.

Once again, it is clear that the lack of safe and legal ways to reach Europe put at risk the lives of thousands of people, while continuing to feed a close network of traffickers and criminal organisations that speculate on migrants. The Mediterranean Hope together with the Community of Sant’Egidio have been working on “humanitarian corridors” to allow those who have fled conflicts, persecution and extreme poverty, to have a better future in Europe. And, we hope that this will not remain the only example.