Proposal of the European Trade Unions 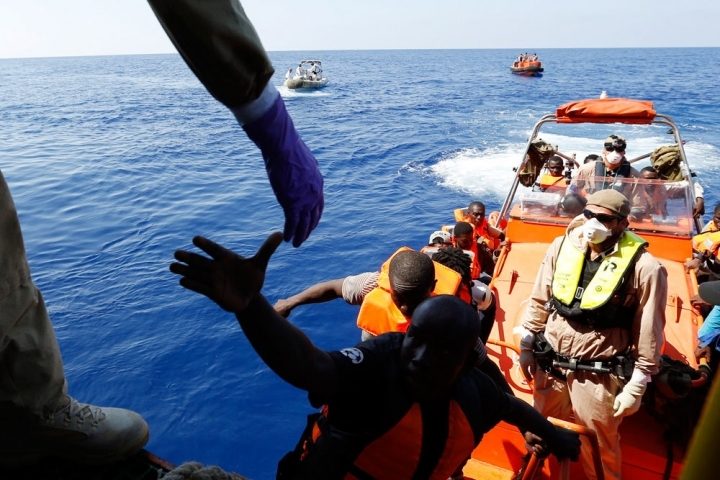 The European Trade Union Confederation (ETUC) – which represents 45 million members in 22 countries – met in Rome yesterday for a conference attended by the General Secretaries of the three Italian unions CGIL, CISL and UIL, the leader of CGT France Philippe Martinez, and the head of the Comisiones Obreras, Ignazio Toxo. They requested a meeting with the Renzi government to discuss the Migration Compact proposed by Italy, but were largely snubbed.

The ETUC believes that it is “vital to help refugees to integrate into the labour market and society, while defending equal treatment and rights for both refugees and local workers.”

This is followed by a list of requests to the European Commission and national governments, which reaffirms the commitment of labour organisations, asking them to “end all measures that endanger human dignity, rights or the physical integrity of human beings, on EU territory or at its borders”, and to stop “inhumane detention conditions in the hotspots of the EU-Turkey agreement.

The ETUC formula proposes alternative actions such as “legal and safe” corridors, more resources for search and rescue operations at sea, a revision of the Dublin III regulation that includes among other things, the highest protection standards for women and children, the effective implementation of a joint action plan and permanent relocation and resettlement schemes for refugees and more effective development support to countries of origin aimed primarily at restoring peace in conflict areas.

The ETUC recognises that the extraordinary influx of migrants to the EU represents a challenge and opportunity and reminds us that at least 40% of those arriving have skills that can benefit the EU labour market, while the others can be integrated through regularisation and professional training and educational programs. It remains crucial to guarantee “adequate high-quality public services for all, especially for housing and employment.”

Luca Visentini, General Secretary of the ETUC highlighted the “horrific” number of deaths in the Mediterranean Sea. “Refugees,” he added, “must be hosted, resettled and relocated through a genuine collaboration between all EU member states. EU countries cannot just close their doors and leave other countries to solve the problem. This humanitarian crisis,” he concluded, “requires a humanitarian response. It is precisely at a moment like this that the European Union should show its value, without dismantling achievements such as the Schengen free movement. It is shameful that governments of the richest region in the world want to leave it to Turkey, Lebanon and Jordan to receive far greater numbers of refugees than the EU.”

Trade Union leaders officially requested a meeting with Italian Prime Minister, Matteo Renzi, to discuss the Migration Compact proposed by Italy to the European Commission and Council. The ETUC, in a final note, “deeply regrets” the Italian government’s failure to respond positively to this invitation.