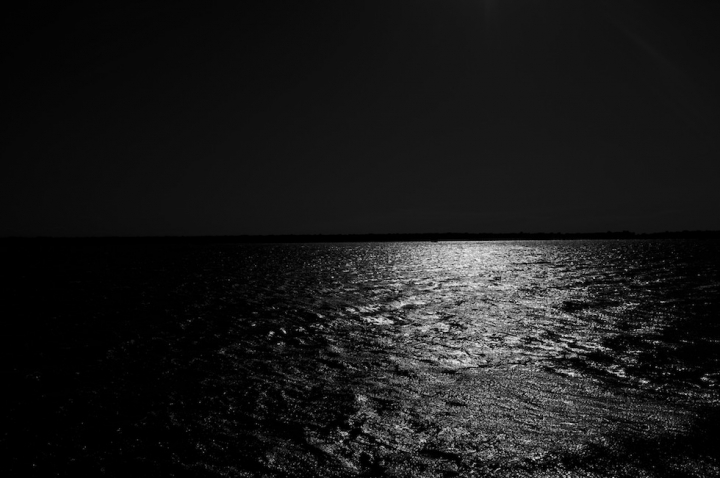 Lampedusa, Agrigento (NEV), August, 31st 2016 -There are nights that go wrong since the sunset, black moonless nights, with a sea on the horizon that seems to get rid of hope. Yesterday was one of those night. It began at sunset with the news that shortly thereafter would come more than 1,100 people at Molo Favaloro. According to rumours, once viewed Lampedusa, hundreds of migrants who were crammed into the boat would ask to get off the ground and without going further. So last night, hundreds of people who had to reach Palermo landed Lampedusa. Now they are locked inside a reception centre half burned down and in poor condition. From Lampedusa these people will leave soon, in fact, this morning we have already seen the first transfers as always, among murmuring tourists and the noise of fishing vessels. It ends up like a regular emergency night of the Sicilian Channel where the Coast Guard of Lampedusa and the ships of the civil society have saved tens of thousands of people within a few days. Is that all? No, these are the news, then there are the emotions that we have felt and that is the rest of this account. These days were intense, in the free time that I had with my job in Lampedusa and with the Humanitarian Corridors I was on social media to support those who had helped the people affected by the earthquake Refugees from the war or from the earthquake belong, in facts, to the same humanity. The story of last night is about this condition. It started many months ago in two cities behind the border, Erbil in Iraq and the Spanish North African Melilla,.
Last year while I was on a mission in Morocco for the humanitarian corridors, I met a 16-year-old boy from Guinea, he had tried to jump the barbed wire that, like a scar on the earth, separates the Spanish enclaves from the rest of Morocco. I was impressed by his political lucidity, by his determination. He told me that he loved Africa so that it was forced to leave it and to release it. Unlike the other talks, we talked about Pan-Africanism, the responsibilities of colonialism that had exploited the lands of Africa. I gave him my name, and a little later, Malcolm X Kita contacted me on Facebook. Last week he wrote me and told me to have reached Tripoli and that soon he would leave towards Italy. I answered him not to do it as it would be dangerous; he replied “Inshallah”.

Instead, in Erbil last night a Syrian family left to Italy with a humanitarian visa.
Mother father and two children, one of whom, the older of four years, seriously ill and in need of care and whom we have supported for months, including visas and bureaucratic delays.
I was thinking about them, in Erbil, or about Kita, when distributing water and fruit juices at Molo Favarolo, I heard someone saying my name: “Francesco” – none calls me this way anymore, even my mother. Yet the sound, almost in a whisper, comes from within that row of bare feet. It was him, wasn’t? It was Kita. Did he recognise me and call me? This world cannot be so crazy to make such stories real stories I thought. I left the bottles and jumped in the middle of the row as when the Perugia football team (my team) scores a goal in the north curve. A smiling face confirmed me that it was true, we hugged. I hold him like a brother – it was soaked like a sponge. He is alive I thought. The frontier, cross it and live it. Then we started laughing. Now Kita is the Hotspot, and I hope to say hello again before the move.
Strange things happen in these moonless nights, as Silvia, who last night was able to make 400 migrants laughing even they were exhausted from the trip. It would seem a miracle, however, these are simple things that illuminate the world to come, maybe they are small but they serve as an example as that of the humanitarian corridors. The Syrian family arrived safely this morning at Fiumicino airport, without relying on traffickers: forever, they will remember that night, like Kita will do, and like all of us.