Eleven Deaths A Day: The Humanitarian Corridors Are An Alternative 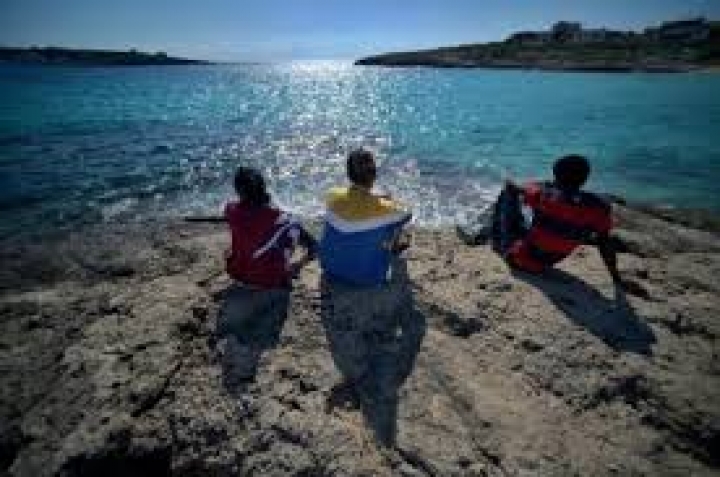 A sea of deaths Mare mortum, poor Latin but effective for the media. UNHCR’s figure says that 4.176 are the migrants who died in the last twelve months while illegally crossings the Mediterranean Sea. These people died on boats arranged by unscrupulous traffickers who collude with criminals gangs.

A year after the death of Aylan Kurds, whose picture on the Turkish beach in Bodrum impressed the world opinion, the balance of the migrant flows situation in the Mediterranean sea has reached a peak of 281,740 units, while it remains more or less stable at 116,000 units the number of migrants and asylum seekers who landed Italy.

Then, if the good news is that the number of migrants along the Balkan route has dropped from 67,000 to about 3,500 units, the bad one is that the number of unaccompanied minor – ready to risk their lives to reach Europe s has constantly increased, Once in Italy, these young kids should enter the reception centres that are specifically dedicated to them but not rarely – – also because of the congestion of such centres capacity – they can be welcomed only after a few months from their arrival. The other news is that recently a growing number of young people leave Italy and the integration process they have started to try and reach other European countries considered more attractive for an asylum seeker: in particular, Sweden and Germany.

These figures are very clear and indicate at least three trends which European policy makers should consider. The first is that the border closing policies – we think the agreements with Turkey or the Hungarian barbed wire fence – have no deterrent effect but simply redirect the flows in other directions, first of all along the Mediterranean Sea route that has mainly addressed Italy. It is the old story of communicating vessels: once lowered the pressure on one side it rises on the other part.

The second consideration which is easily deduced from the data is that migration flow is increasingly desperate and with no geographical logic. Moving from anywhere to reach anywhere as the important is to flee. The invisible setting behind this new dynamic is that the phase preceding the crossing is even more long, dangerous and dramatic. We cannot see them, it but it’s not hard to imagine what occurred to a young woman or a child forced to wander for months or years in Somalia, Sudan, Ethiopia, Libya before boarding towards the North of the Mediterranean sea.

The third consideration is that the fact that an increasing number of migrants reaching Italy and then flee in conditions of irregularity to other European countries: if things go well these people live as illegal, if it goes wrong they will be sent back to Italy ready to stay here and until the next opportunity to escape. That is the Dublin Regulation, a European element of rigidity between first arrival countries like Italy and countries of the second immigration.

The overall result is a very negative situation under the political, economic and human point of view. it is the default of the European reception principles and its tradition of hospitality and protection of human rights.It is , the crack of any rational logic of managing the effects of a geopolitical crisis of which even the old Continent brings a major share of responsibility.

It is in this framework that strengthens the Italian proposal of “humanitarian corridors” namely a flexible, safe and legal management of the migration flows or, at least, of their most vulnerable part that is exposed to persecution and violence. Assuming a European quota of 250,000 humanitarian visas per year released by ten – only ten – European countries – it would be possible to absorb the actual pressure of migration with a share of approximately 25,000 units for each country. Certainly, there is a risk of activating a powerful pull factor. This is the reason for which the humanitarian corridors must be accompanied by other measures to contain and control the migration pressure in the countries of emigration. There is no magic or painless solution but the humanitarian corridors are an alternative to despair migrations that favour criminal processes. Italy is experiencing Humanitarian Corridors thanks to the ecumenical collaboration between the FCEI, the Waldensian Church and the Community of Sant’Egidio. It is time for the EU to take note of this and have a hard look at itself.