Rahma and Her Baby Are Now Escaped the War in Syria 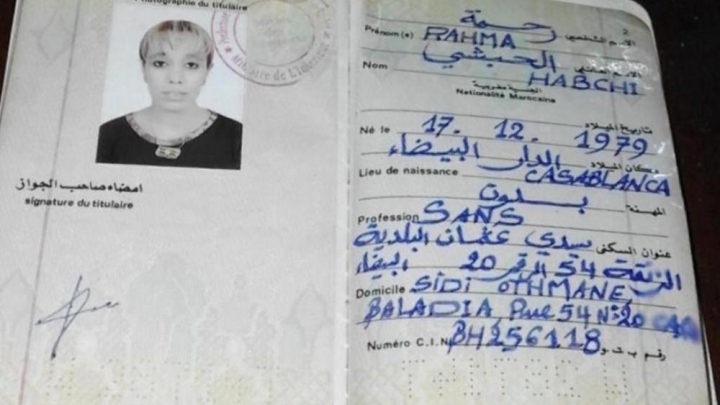 Our readers had played an active part with the hashtag #SaveRahma: a Moroccan woman whit her daughter who has landed in Fiumicino this morning along with other refugees protected by humanitarian corridors.

Hassan Habchi welcomed his sister with a long and moving embrace. It has been a moment of celebration in Fiumicino that was crowded by people who are ready to tell their stories from the Syrian hell. Among these, there is the story of Hassan’s sister – Rahma and her four-year-old daughter Rimas – that we have closely followed in La Stampa.

A very dramatic story that let us discover the migrants’ tragedy in Syria. Rahma is Moroccan woman and she has lived for several years in Syria being married to a Syrian man who was killed during one of the many bombing attacks. After that she has found herself trapped with her daughter with no way out. The Syrian passport of her little daughter Rimas has not been enough to get out of the hell in which they are sent back from Lebanon and Turkey in their efforts to flee. A last desperate call is the one launched by her brother Hassan who has been living in Italy for twenty years and did not want to lose hope: “Please, save my sister and her little daughter, I am their only support. Help them to get out!”

Today Rahma has arrived in Italy thanks to the story and the call made by La Stampa that has turned the spotlight on them. Hassan has started a bottom-up solidarity chain in Italy. A true miracle that shows how solidarity has no boundaries or barriers. And the successful story of Rahma and Rimas is extraordinary. As stated by the Deputy Minister for Foreign Affairs and Cooperation Mario Giro, “We managed to get out of Syria a Moroccan girl and her daughter who for months have been left abandoned without help. They moved through Lebanon and have been included in the humanitarian corridors.” Per Mr. Giro, “These corridors help vulnerable people, especially women and children, caught in war and left abandoned. And again, this story can show this commitment. In such a general helplessness condition, as Italians we can be proud of how we have been able to activate a programme to save people.”

There is still life for Rahma and the other seventy-five refugees landed in the latter humanitarian corridor in Fiumicino. She still does not believe it – the civil war in Syria is still present in her eyes and in her emaciated body, “the violence, hunger, blood and bombings still sound in her head” as she said once landed. Such hell is impossible to forget. Those trips in search of a shelter are not easy to erase. Like when Rimas was kidnapped to be sold. But now, she is safe in Rome with the brother Hassan. She only wants to sleep and rest but she continues to thank for saving her and recite prayers and blessings in Arabic – almost with a choke in her voice. That hell is now and forever behind them but Rahma face bears all the signs of such past.

Luckily there is Rimas who is playing in the hall of the airport and smiles holding her puppet. Perhaps, her mother could protect her from the Syrian nightmare keeping safe Rimas childhood. Perhaps Rimas, will help her mother to smile again and basically this is what a way out can do. This time, we can proudly say that the way out came from Italy.