The abyss in their eyes 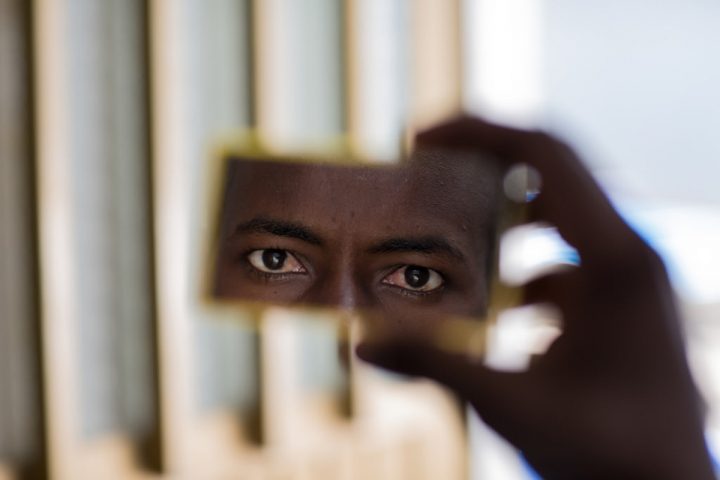 Lampedusa, Agrigento (NEV), 9 November 2016 – During the last tragedy that took place in the Sicilian channel, I once again realised that living on the border of Lampedusa exposes you to death, violence and suffering. I don’t like associating death to the island, an island whose people, beautiful landscape and history I love, as well as the people who pass through it. An island that has meant and means salvation for thousands of people. Nevertheless, in this place, the salvation of some is interwoven inextricably with the death of others. So, day after day, we continue to witness tragedies occurring in the sea between Lampedusa and Libya, powerless to do anything. In Lampedusa, we have counted the deaths too many times and struggled to console those who survived.

Two weeks ago we celebrated a small ceremony in the “old cemetery” of the town. No more than six people were assembled in dribs and drabs, thanks to calls made to people who stopped what they were doing that morning because a girl whose name, age or nationality we did not know was lying on the floor in a sack. After blessing the lifeless body, Father Carmelo – the new parish priest – came out of the morgue and said a few words. None of us knew her and she didn’t know us. That same afternoon she was transferred by plane to Palermo and we don’t know where she was buried. Once again, the suffering sticks to you. A suffering heightened by the knowledge that all this could have been prevented, if only we wanted it to.

The past week began with the sinking of another ship carrying hundreds of people, only 29 people were rescued by the Coast Guard and they arrived in Lampedusa in the late night of November the 2nd. Hundreds were still missing at sea. On arriving at the pier, there was nothing we could do but hand out the basic necessities that we usually give out, knowing that this time they would not be a great comfort. We prepared tea, unwrapped thermal blankets and waited for the arrival of the Coast Guard. The first person who came ashore was badly burned and was transferred urgently to the medical clinic. That night, the faces of those working on the pier reflected the disorientation of the exhausted survivors. A lady carried a photo of her son who she lost at sea, another could not stop shivering despite wearing heavy white blankets; others traumatised and shocked, looked around confused. Gradually they were put on buses that would take them inside the Hotspot.

The centre can officially accommodate 381 people, however, a large hall with 150 beds was made unusable by a fire, and it currently holds around 650 people. Of course, among them are also those who have just escaped death: fragile souls from a psychological point of view and exhausted after the crossing. In 2016 alone, according to estimates published by the International Organisation for Migration, 335,031 people arrived in Europe. Of these, 159,496 in the central Mediterranean alone. About 4,220 people have died or are missing. Paraphrasing Erri De Luca, we are facing an abyss, a seabed paved with their bodies. In Lampedusa, on the patrol boats, in the hospitals and in the reception centres you can look into the eyes and see that abyss. We hope it gives vertigo to all those responsible for this tragedy.