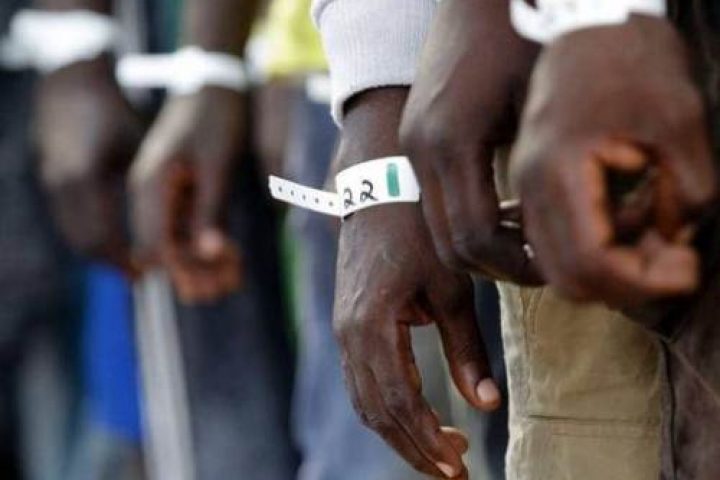 Rome (NEV), 8 February 2017 – Just over a month since the beginning of 2017, and with the umpteenth change to the framework of migration policies involving our country, in Lampedusa we deal with the harshness of a reality that confronts us every day and that at times seems to be only a tragic response of numbers. The number of people who have survived in their attempt to cross the Mediterranean and have successfully landed on this island – and more generally on our shores – since the beginning of January is around 1,300 and the number of people who have died at sea. According to UNHCR data, another 215 people have died or gone missing in the central Mediterranean since 24 January 2017.
It is difficult for us Mediterranean Hope operators to make reflections based only on numbers as we observe the individual portraits of these people and listen to their stories. What we can chronicle nearly one year after the entry into force of the EU-Turkey Agreement (which in fact has made it difficult to cross the Balkan route) and a few days after the entry into force of the renewed agreement between Italy and Libya supported by the EU, is that none of the policies to control migrations adopted up to now have reduced the flow, but instead have only made the routes more difficult and more expensive, even in terms of human lives. In these first few days of February, for example, approximately 800 migrants have arrived at the Favaloro harbour of Lampedusa which add up to more than 1600 people rescued in the Sicilian Channel by the coastguard due to adverse sea conditions, and about 1000 intercepted in Libyan waters and brought back to the African coast.
We at Lampedusa continue to collect the various stories that reflect the different backgrounds: a compact group of Nigerians, mainly men, very accustomed to using social media, visited us for about ten days until we lost track of them after they were transferred. And then there are the Gambians, many who have difficulty in accessing social media (because they have forgotten their password or the mobile numbers are no longer in use, so they cannot check their credentials). You can sense the shame in asking for help, the disbelief when they are denied access or when the screen does not light up; you can see the disappointment in not receiving news or not being able to give it. You can see their fatalism when you say “Try again tomorrow”, knowing that often a new meeting does not depend on us, but on the transfers, which we are only told about when they occur.
From that moment on, we don’t know anything: where will they go? Which centre will take them? Which police department will take care of their application for asylum and notifications of rejection? Last week’s new provisions regarding the repatriation of Nigerian citizens make us look at these transfers with even more apprehension. When faced with the news of groups of migrants leaving Lampedusa for the CIE (Identification and expulsion center) of Caltanissetta, we wondered whether their right to access the procedure to request international protection will be respected. Many departures and just as many arrivals at the hotspot of Contrada Imbriacole in the first weekend of February, including the start of a new management that will presumably find itself coping with the shortage of beds. Indeed, the centre, or as the boys call it, the “camp” will not be able to make use of 381 beds due to the fire last May in one of the pavilions.
“Everything’s OK” say the boys who, however, queue up in front of the parish door to ask for shoes or warmer clothes. “Everything’s OK” say the boys who do not like to talk about what they went through in their countries of origin or during their journey. They are scared. They often talk about how they do not know anyone in Italy, and how they do not know where to go or what will happen to them. We have the impression that they do not fully understand the consequences of the identification procedure, of the fact that by receiving international protection they will not be able to go home and that without applying for asylum they will irrevocably be considered irregular migrants. These are difficult words to understand. Simplified it basically means “you will have to go back to your country.” They smile confused. “I don’t want to go back to my country. I can’t, it’s too dangerous.”