What has Lampedusa taught us? 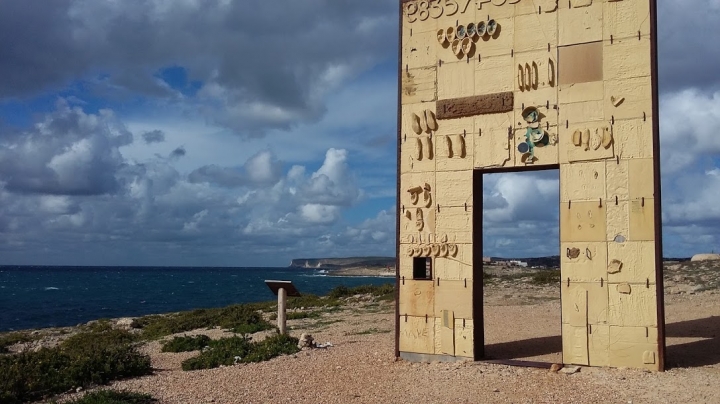 Three years ago, a few months after the massacre of 3 October 2013, the Federation of Protestant Churches in Italy decided to set up an “Observatory” in Lampedusa. The images of hundreds of coffins lined up in the hangar of the airport of an island closer to Tunisia than Italy were seen around the world and told a story of despair and generosity. The desperation of migrants who had lost friends, brothers and sisters, the desperation of the people of Lampedusa who went to help and were unable to save the young men who tried to stay afloat; but also the generosity of the island that has never been the same since that day, becoming, in spite of it, the place where South meets North. This physical and symbolic place tells the story of the Mediterranean migrations and also of the “new migrants” arriving on our coasts, in particular, who they are, why there so many and why they are in such desperate conditions.
The Observatory of Lampedusa set up within the Mediterranean Hope, the migration project launched three years ago by the Federation of Protestant Churches in Italy, has taught us that the distinction between “economic” migrants and “asylum seekers” is becoming less significant. Hundreds of articles, videos, drawings, interviews and posts made available by the Mediterranean Hope operators living on the island have allowed us to encounter tortured and persecuted young men who are also poor and hungry. The 21st-century Mediterranean migrants have almost nothing in common with our great grandparents who sold family property to buy a ticket to reach the United States or South America. They are also different from our fathers who, during the years of reconstruction, left the fields to go and work the mines of Belgium or factories in Germany. They are also different from exiles in Eastern Europe who in the fifties and sixties escaped through the iron curtain or Chileans persecuted by the Pinochet regime who sought asylum in Italy in the 1970s. The “migratory project” of those who arrive barefoot in Lampedusa after being subjected to annihilation and unspeakable violence is very simple: survival, they hope to arrive to tomorrow before a bomb, hunger, thirst or a slave merchant kills them.
Lampedusa has taught us that thousands of migrants are subjected to the violence of poverty and persecution as well as the exploitation and brutality of traffickers, of those organised centres that for a few thousand dollars offer them a dangerous escape from desperation. A cynical and macabre game that in the first four months of 2017 has already killed 1200 people. If it continues like this, it will be a record year. It is no coincidence that by thinking about what Lampedusa taught us came the idea of the humanitarian corridors, the channel that by the end of this year will have brought around 80 of the most vulnerable migrants to Italy, legally and safely.
The island has also taught us that the migratory flows are so strong that they cannot be stopped. At most, they can “move” to other routes. This is what happened after the “Balkan route” was closed by the Hungarian intransigence and agreements with Turkey. However, these closures have in no way decreased the flows but simply moved them to the route of central Mediterranean that passes through Lampedusa. And so, in one year, Italy has seen a 19% increase in arrivals.
Finally, Lampedusa has shown us the emerging profile of “new refugees”: they are mostly unaccompanied minors, migrant children whose families have gambled on their future. This is seen in the internet point opened by Mediterranean Hope where dozens of young people go every day to call their families and to reassure their parents that “they are alive and well.” And it is no coincidence that the House of Cultures is dedicated primarily to unaccompanied minors. The House was opened by Mediterranean Hope in Scicli (Ragusa, Sicily) in December 2014 and now accommodates an average of 40 young people who have just been unloaded from the rescue boats arriving at Pozzallo.
Furthermore, Lampedusa has given a community of faith such as the Federation of Protestant Churches in Italy another wonderful opportunity, and that is the possibility to witness the Christian gift of reception and hospitality, the evangelical freedom of saying “welcome” to men and women who many – too many – would like to see sent back to the hell from which they escaped. It is not the most popular thing but, in the words of Martin Luther King, it is simply the right thing to say and do.