French Humanitarian Corridors: Words of Welcome from the President of FCEI 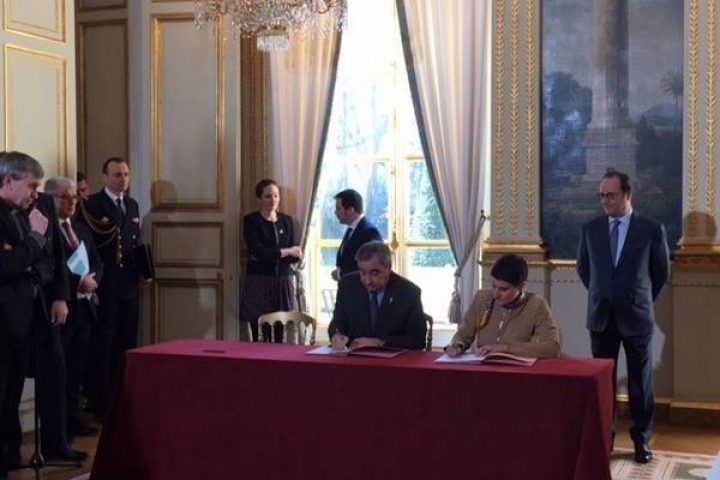 The President Luca Maria Negro wrote to his French counterpart François Clavairoly: “We have proved that the project is sustainable and repeatable. Now we will work together”
Rome (NEV / CS09), March 13, 2017 – “On behalf of FCEI (Federation of Protestant Churches in ITaly) I would like to express my wish for the success of your initiative, hoping that it will achieve the targets.” This is the message of the FCEI’s President Pastor Luca Maria Negro to his French counterpart Pastor François Clavairoly on the eve of the signing the agreement to open a humanitarian corridor from Lebanon between the FPF and the French government. “For the FCEI which has firstly experienced the humanitarian corridors model, it is an outstanding achievement – Mr. Negro wrote in a letter sent this afternoon, since it confirms the sustainability of a strategy that aims at ensuring humanitarian protection and countering human trafficking.”
“The strong relations between our two federations allow us to consider joint actions and plans that aim to promote the model of humanitarian corridors in other European countries, so that it becomes a real mean of intervention and management of some quotas of migratory the flows moving towards ‘Europe. For this very reason, I would like to offer the willingness and the expertise of the Mediterranean Hope programme which has been promoted by FCEI to support of your initiative.”
From February 2016 to date, the Italian pilot project promoted by the FCEI, the Tavola Valdese and the Community of Sant’Egidio has brought about 700 Syrian refugees from Lebanon to Italy. By means of the tomorrow agreement, the French government is committed on Lebanon by ensuring for the next 18 months 500 humanitarian visas to the Syrian citizens who are in a position of vulnerability: families with children, single women, sick or disabled people. Likewise the Italian experience, even the French humanitarian corridors are the result of the ecumenical cooperation between Protestants and Catholic organisations: the FPF(Fédération Protestante de France), the Community of Sant’Egidio, the French Bishops ‘Conference, the Entraide Protestante and the Secours Catholique.