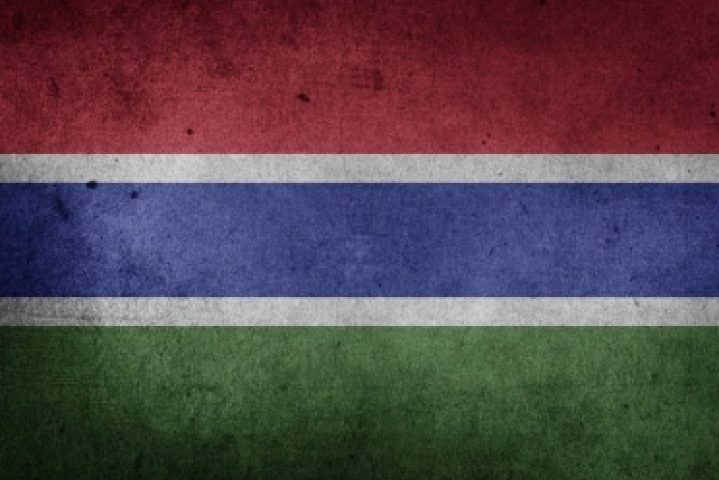 Rome (NEV), 8 March 2017 – “Let me explain to you what’s going down now. It’s really sad to see people working for months without receiving salaries. If you don’t believe me, go and ask your neighbours what they had to eat. But I see them spending thousands on a gala dinner.” Mamadou writes these lyrics in his notebook. They are from the song by the Gambian rapper, Killa Ace, and refer to the poverty of one of the smallest but poorest countries in the world: the Gambia. Many young men staying in the House of Cultures come from this West African country surrounded by Senegal.

In the past year and particularly in the last few months, the number of Gambians arriving on the Sicilian coast has soared. The reason for this is one man: Yahya Jammeh, a dangerously eccentric dictator who has ruled for twenty-two years. Mamadou has a story fairly similar to the other guys: a militant father in the opposition party who openly opposed the regime, and for this reason was arrested and killed. From his father, Mamadou inherited his passion for words. Words that must be written down and disseminated. In fact, he is sitting in the courtyard enjoying a timid sun in this unusually cold Sicilian winter, while transcribing the entire text of the Killa Ace song because it is not enough for me to listen to it, I have to see it written down in black and white. “I believe it has to be written down in order to understand it better,” says Mamadou.

The lyrics of the song explicitly refer to the dictator Jammeh, singled out and blamed for the decades of suffering of a population. Mamadou explains that when the rapper recorded this song in 2015, him, his family and his manager began receiving death threats and since you do not mess with Jammeh, they were forced to flee to Senegal. What Mamadou loves about Killa Ace is the courage and strength he showed in exposing himself to risk, so much so that be became known all over the world. “I love sincere people who do not compromise and who face danger even while knowing what awaits them. These are the people who change the world.”

When Mamadou told me about this courageous Gambian rapper, something extraordinary had already taken place in his country. In fact, in early December the Gambian people voted freely in a presidential election, delivering a hope of democracy to Adama Barrow, leader of the opposition party. Jammeh initially accepted defeat, but a few days later he denied everything with the false accusation that the elections were rigged creating strong political tensions. But in the end, in January, Barrow was sworn in as president of the Republic of Gambia.

At the Casa delle Culture (House of Cultures) it was impossible not to notice what was happening in the small African country: the young men were glued to the computer, first following the campaign and then all the subsequent events; the radio of the mobile phones were constantly tuned in to the news from Gambia. They had to know what was happening.

When I asked Mamadou why he thought the Gambian events were followed with great interest also by those from other countries, he gave me an answer that was extremely powerful in its simplicity: “Because if a small country like mine was able to achieve what for many seemed impossible, it means that Cameroon, Guinea and all those countries still oppressed by dictatorship can also move towards democracy.”