A Mosaic of Smells and Flavours 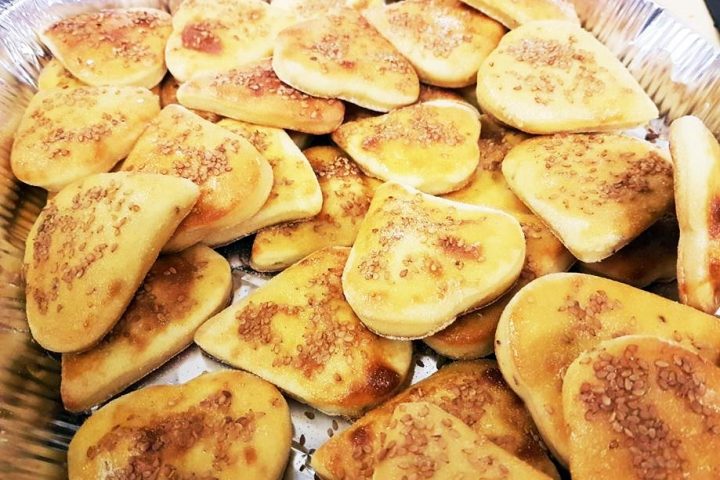 by Mauro Covato, MH’s operator at the Casa delle Culture

ome (NEV), March 22, 2017 – The heading “Lo sguardo dalle frontiere” is written by the operators of Mediterranean Hope (MH), the project promoted by the Federation of Protestant Churches in Italy (FCEI). This week story is from the Casa delle Culture in Scicli. The Casa delle Culture was opened in December 2014. This structure offers hospitality to migrants who are in a vulnerable situation (young mothers, pregnant women, unaccompanied minors) Besides the reception, orientation and training activities, the Casa delle Culture promotes social, inter-cultural and integration programs which are open to the citizens since aiming to foster a culture of integration.
The Culture, a great set of knowledge and traditions that characterises the mankind, fully entails food as an expression of the identity of a people. The culinary traditions of each country can often be described as a mosaic of unique aromas, smells, flavours, tastes and colours. The sense of identity and belonging of an individual to one’s own culture also goes through this.
Having the opportunity to share and know just a small part of this world is a unique experience. The “food culture” belongs to the Casa delle Culture… not only figuratively but also practically, since in the kitchen – amongst stoves, dishes and glasses, as well as smells and flavours, it plays an important part of our guests’ day. Knowing people, in fact, goes through the knowledge of their eating habits.
The vast continent of Africa is affected by the influence of different cultures: from the Indian to the Arab and the European one. However, there are common elements, such as the prevalence of single dishes. And it is these latter that thanks to our guests we have learned about. With the supervision of educators and home-based operators, guests sometimes create brightly coloured and strong smells dishes: spices and aromas enhance rice, hot meats and vegetables and create a scent of fragrances that it is often difficult to describe, since being far away from our traditions and from the ingredients typical of our cousine. Banku, fufu, and jollow rice take shape from the large pots constantly stirred to the sound of traditional music that the boys and the girls listen to during the preparation: Moroccan sweet pancakes sizzling in the pans waiting to be eaten yet hot, vanilla and cinnamon essences blended with fennel seeds inside warm biscuits with different shapes, and again, crunchy chicken next to yellow currant and curry rice, large colourful salads …
Often, the contact with boys and girls is done by preparing a meal with the stories of their lives spent in the villages or towns of origin in between, while attending the preparation of these dishes in the company of their families and such a long journey seemed still far away.
That’s what happened to Meriam, a girl from Morocco. It was afternoon, Meriam as usual went to the kitchen to help, and she said to me: “Mauro I would like to show you a video. It was sent by my brother who has lived in Spain for several years with his family and where he works as a pizzaiolo.” I watched the video and see a guy inside a Spanish restaurant preparing and giving pizzas. Meriam told me that even at home, in Morocco, his brother had always cultivated his passion for cooking, and after so many sacrifices and renunciations he succeeded in realising his dream, albeit unfortunately as he had to leave home. “Have you ever prepared pizza?” I asked. She answered shyly: “Never, but I love it so much! The fact is, I do not know exactly where to begin. ”
So, I launched the idea: “What about if we prepare pizza all together?” To the idea of learning how to make a pizza, Meriam’s eyes were filled with joy and the other girls immediately agreed. Then, it was official. This course would begin at the Casa delle Culture. For a moment, feeling the smells and the flavours of their childhood can shorten the distances with the places of origin and give us the privilege of sharing precious memories with boys and girls who are the guests of the Casa delle Culture.