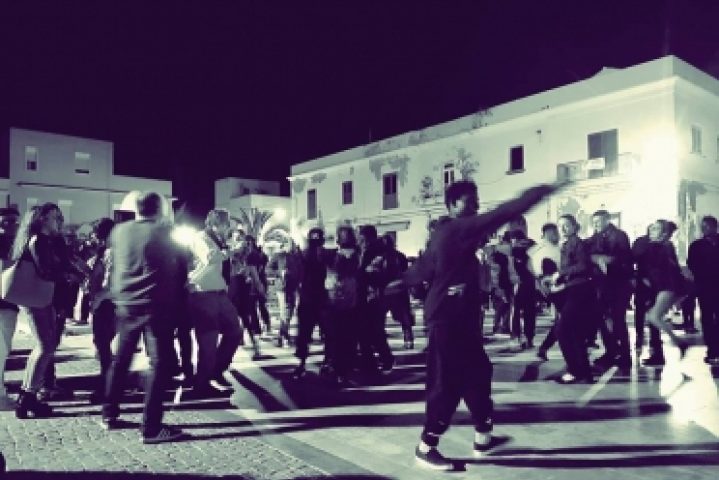 Francesco Piobbichi, operator at the Migration Observatory in Lampedusa

Rome (NEV), 17 May 2017 – The editorial “Lo sguardo dalle frontiere” is written by operators of Mediterranean Hope (MH), the migration project promoted by the Federation of Protestant Churches in Italy (FCEI). This week’s story comes from the Observatory of Lampedusa.

The island of Lampedusa is difficult to understand because it plays many roles depending on how the wind blows. It has always been like this, since the times of “Romito” (Hermit) who in order to survive changed his religion according to the ships that arrived in Porto Salvo. It takes time to understand it, and attention to relationships. In any case, the sea is always the key for accessing the path to understand the island, with regards to what the sea brings and what it takes away. However, in the course of history, wars were not the only thing that passed through this rock. A sea monster called “Marrobbio” visits this island cyclically. It enters the port at night and demands a price. The Marrobbio is the product of a series of high and low tides that first suck away the water and then spit it out again by generating a double vortex that often capsizes the boats. The people of Lampedusa wait for it during the sirocco, trying to catch the warning signs in the air, in the colour of the clouds. When it arrives, at night, the telephones of the fishermen ring, one call after another. They race down to the port to secure the moorings or to watch, helplessly, as their boats sink. The Marrobbio promotes a sense of solidarity in the entire sea community of Lampedusa, involving all those who live there and feel obligated to help. Perhaps this is why the people of Lampedusa have so much respect for the sea and its laws because unlike others who only know the anger when it is stormy, they also must contend with the Marrobbio that arrives in silence. The Marrobbio ruins the life of the fishermen, like an earthquake or war that destroys your home, this event deeply influences the identity and history of the social communities.

What many people today do not understand is that when it comes to the right to international protection, the border between social security and desperation is much narrower than what we think. I came to understand this when I visited Lebanon for the humanitarian corridor project and saw how the Syrian middle class has found itself in misery in a short amount of time. One day, in the future, we may all find ourselves in a state of vulnerability, alone in front of a big, frightening world. These were our thoughts as the Forum Lampedusa Solidale when we decided to organise a solidarity dinner. We wanted to embrace a simple concept: the community that receives and welcomes is the one that affirms the rights for everyone, starting with the right to asylum. “First those who are in need” we said, deciding to allocate part of the proceeds of the dinner to an association that helps earthquake victims and to an NGO that saves lives at sea. After the Marrobbio, however, we also decided to allocate some of the funds raised to the fishermen of Lampedusa. We went to all the restaurants and bars and found a sympathetic and united island, ready to do its part. With everyone’s donations we set up a table in the square, and hundreds stood in line for the Sicilian delicacies. It was a street party that lasted late into the night, a party in some respects, unexpected, which saw people from all over the world dancing. No one was a foreigner, we were one big family that danced reggae, the pizzica and the mazurka under the stars.

Below is the letter that the Forum Lampedusa Solidale sent to the Proactiva Open Arms, one of the NGOs currently operating in the Mediterranean.

Dear Golfo Azzurro, last night in Lampedusa we had a lot of fun. We ate, drank, and danced. There were many of us and those who were not in the square with us participated by helping us organise the evening. As you all know, it was offered free of charge by local restaurants, bakeries, bars, delicatessens and supermarkets and also by individuals who wanted to contribute to the dinner of solidarity.

The funds raised were partly given to the people of central Italy affected by the earthquake, and partly to the fishermen of Lampedusa who suffered damage due to the Marrobbio and partly to you, Golfo Azzurro. We have already transferred the proceeds of the “Prima chi ha bisogno” initiative to the account of Proactiva, and we are also sending you a short video of the evening.

It was important for us to show a sign of solidarity with all the people on board, both the savers and the saved, especially at a time when the values of solidarity and humanity are being questioned and seem to be losing ground. We have done this in the name of joy, friendship, and brotherhood.

Dear Golfo Azzurro, at the end of the evening, we were tired, happy and even incredulous of the extraordinary success of the evening and we realised that even though you were in the middle of the Mediterranean (like us), hundreds of miles away from this square, part of you danced and laughed with us: it was those Pakistani, Gambian, Senegalese, and Guinean boys that you saved and brought to Lampedusa. You saved their lives and we celebrated together for the future. Together. Thank you, Golfo Azzurro.