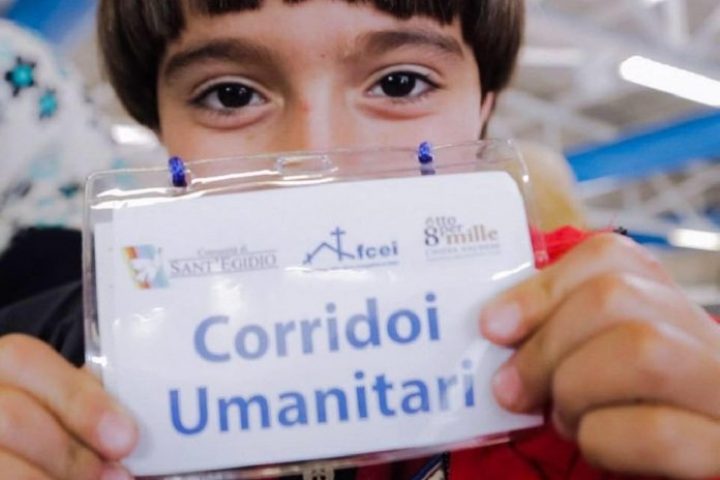 Will we have Humanitarian Corridors managed ecumenically by Switzerland? On Wednesday, 5 July a meeting was held at the headquarters of the FSPC (Federation of Swiss Protestant Churches) to consider the possibility of opening Swiss humanitarian corridors as it has already experienced for year and a half in Italy and as the French humanitarian corridor that has been recently started, as reported by RTSreligion service, a Swiss-Romansh radio broadcast on July 6.

During this meeting which has addressed to understand how to enhance the commitment of the Swiss protestant churches regarding the reception and integration of refugees, representatives of the member churches discussed about the ongoing projects by two local working groups, one in Lausanne, the other one in Zurich. These two projects would be modelled on the Italian humanitarian corridors from Lebanon, carried out by the FCEI, the Tavola Valdese (Waldensian Board) and the Community of Sant’Egidio, through the memorandum of understanding signed with the Ministry of Foreign Affairs and the Interior.

As reported by Gabrielle Desarzens, on December 9, 2016, the Swiss government agreed to welcome 2000 refugees in very vulnerable conditions by 2019. However, only 108 people were resettled in Switzerland by the end of May. “In Italy and France, it was to the ecumenical commitment of the churches that made the humanitarian corridors”, Gabrielle Desarzens said. And, after highlighting the points of strength of the Humanitarian Corridors model: the fight against traffickers, no more people perished at sea, safe and legal routes to reach Europe, she said: “In Switzerland, we are now being asked to make a serious reflection in such direction.”
The Swiss churches met to talk about humanitarian corridors just the same day in which the first “couloirs humanitaires” reached Paris.”

In Italy there are 850 people who have legally and safely reached Italy from Lebanon thanks to the ecumenical project. The last group arrived in Rome-Fiumicino on July 4.