The right thing, the wrong solution 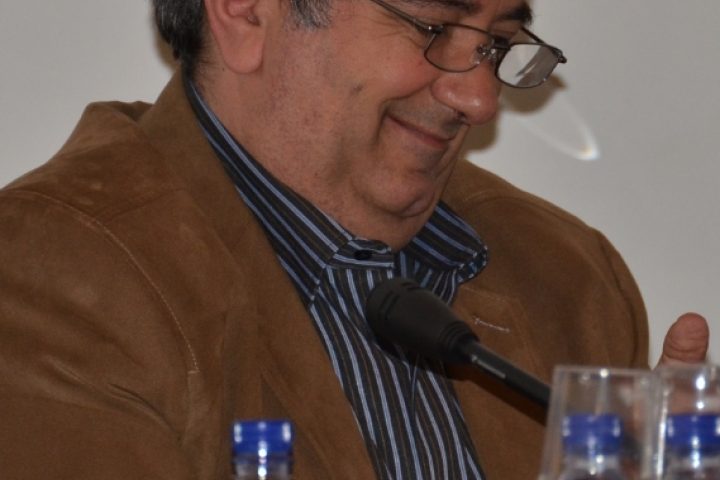 Following some considerations by Paolo Naso, coordinator of Mediterranean Hope, the refugee and migrant programme promoted by the FCEI. The paper entitled “The Right Thing, The Wrong Solution” is about the situation of the migration flows across the Mediterranean Sea.

“Again the government is under pressure and again another infinite but unconcerned debate has started about the migration flows across the Mediterranean Sea and the search and rescue policies (SAR) adopted by the Coast Guard and the NGOs.

The facts are basically two. First of all, the position of Minister Minniti – backed by the Prime minister and the same President of the Republic, who has long believed that migratory flows should be stopped upstream that means in the places in which migrants concentrate and meet the trafficking organisations: Then in Libya. Hence, Mr. Minniti understanding with Serraj’s government that has been fostering its authority only on some Libyan regions- basically Tripoli – while other areas, like the Cyrenaica, remain under the control of his opponents: The General Haftar, the IS or the tribes and the groups that have always been fighting to control the oil fields. Mr. Minniti’s plan provides a direct axis with President Serraj who, in exchange for economic and technical assistance and the supply of Italian relief funds, will commit to countering the illegal trafficking of migrants.

This solution that has been already undertaken with Gaddafi is nothing new: supporting a regime as long as it stops the migratory flows.
This strategy arises from a somewhat secondary and indirect intention, but it must be acknowledged and appreciated: migrant trafficking, which increasingly involves women and children and is a crime against humanity and it must be strongly fought.
MH’s operators, the refugee and migrant programme promoted by the FCEI that meet the migrants fleeing on smugglers’ dinghies, everyday give us an account about the violence and torture used to squeeze every last dollar from men, women and children. And when they have nothing but breath to plead with pity, the traffickers blackmail their relatives.
Today’s traffickers are not romantic passeur supplementing their salaries via an illegal activity. They are criminal economic organisations that use migrants as a commodity. These groups are slave driver like those who in past centuries beat the routes from West Africa to the new American world, with the aggravating that their profits are fuelling dark trade and criminals’ affairs.

But to fight this monster, migrants cannot be moved to a lawless land where neither the head of a disputed territorial government like Serraj can guarantee the minimum respect for the basic human rights for refugees. Migrants are rejected and returned to those who have robbed, raped and tortured them for months. The Deputy Foreign Minister, Mario Giro is perfectly right when claiming that “getting those people back means to condemn them to hell”.

And the humanitarian corridors – arranged by the FCEI and the Community of Sant’Egidio in the framework of a protocol signed by the Ministries of Interior and Foreign Affairs – represented a legal and humanitarian alternative to the Libyan hell. Whether without emphasis or pride, however, it must be acknowledged that Humanitarian corridors represent a far more effective way than so many proclamations to fight human trafficking. A model that Italy could strengthen and Europe adopt with reasonable and sustainable quotas divided by country. This is the objective towards which we have worked over these years and the programme we will present to the international meeting that the Federation of Protestant Churches has organised in Palermo from September 30 to October 3. Thus, the Italian Protestants will commemorate the 368 victims of the 2013 toll and they will do it together with the representatives of the Catholic Church and the Protestant churches from US, Germany, France and a dozen of other European countries that have already announced their presence.

The controversy against NGOs has occurred under such a scenario. If anyone in this world that is an expression of a civil society that is not content with the engaged debates, has had any relationship with traffickers it is right to be isolated and judged, even with severity: it is not possible to collaborate with those who has yearly planned the cruel exploitation of hundreds of millions of people by means of violence, rape and blackmail.
Indeed, overall NGO organisations are something different, and the mere fact about rescuing at sea operations, always coordinated by the Coast Guard tells a completely different story than the one smuggled these days. According to the Italian Coast Guard, in 2016, NGO organisations have rescued 46,796 migrants, more than twice they had rescued the previous year (20,063). Over the first 4 months of 2017 NGOs saved 12,646 people, 35% of the total.
Hiding this figure is politically instrumental but above all it is morally unfair. The problem is not the NGOs nor their proximity to the Libyan territorial waters: today’s tragedy is the force of push factors that drive hundreds of thousands of people to risk life to flee from war, violence and hunger.

It is just the problem of stopping or reducing migratory flows upstream, but the road cannot be one of those who want to reject migrants in Libya today and maybe tomorrow will want to create a wall along the southern shore of the Mediterranean. A huge geographical area ranging from Syria to Guinea needs political stabilization and economic aid for reconstruction or development. And that is what Europe can and will have to do with that “Marshall Plan for Africa” that has been discussed for too long in the EU, but nothing happens. “Let’s help them at home too”, of course, it makes sense. But to this unrealistic shortcut that someone invokes, we must add an essential point, because global migration does not easily stop like a statement to the newspapers. But above all, let’s head on, helping them also at home ” cannot mean passing the buck to the southern shore of the Mediterranean Sea but rather it requires further and costly commitment.”