Lampedusa, the day after 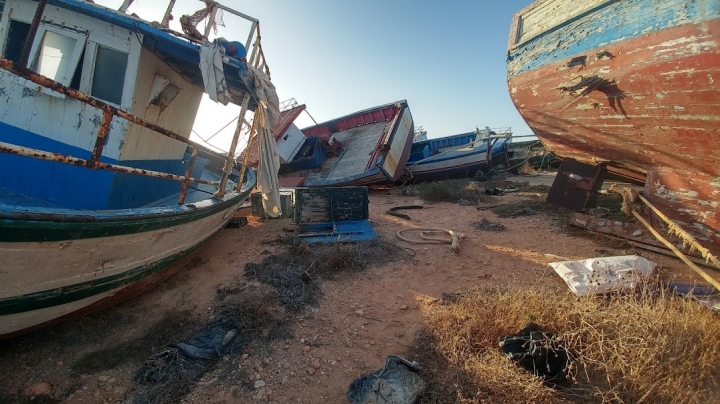 Rome (NEV), October 11, 2017 – The heading “Lo sguardo dalle frontiere” is written by the operators of Mediterranean Hope (MH), the project promoted by the Federation of Protestant Churches in Italy (FCEI). This week story is by Paolo Naso, coordinator of Mediterranean Hope and Alberto Mallardo, MH’s operator in Lampedusa

Every year, Lampedusa must deal with 10/3, the Day of The Victims of Migration. However, this year commemorations have been the first after the agreements that the Italian government undertook with some Libyan institutions to halt migration flows toward Italy. Then, it is natural that following ceremonies, visits and various meetings taking place in Lampedusa, one should wonder whether and to what extent this strategy worked.

Some answers have been given by the international conference “Vivere e testimoniare la frontiera” (Living and witnessing the border) – promoted by the FCEI under the Mediterranean Hope (MH) – Refugee and Migrant Project, held in Palermo and Lampedusa from September 30 to October 3, 2017.

It is true: migration flows have drastically decreased. However, this is not due to the reduction of the migratory pressure but because thousands of people have been caught inside the Libyan camps in which no one – even the international authorities – can monitor the living conditions and the level of protection of human rights. Only time will tell whether this cap handles such situation and at what human and moral cost.

But, both the conference and the observatory in Lampedusa have made another figure clear: like a system of communicating vessels, when blocking a way out, the pressure will increase in other directions.

We have clearly perceived that in Lampedusa on which hundreds of Tunisians have landed in the last few days an ancient route that seemed destined to close has reopened. Other landings have been recorded in various Sicilian ports. And, the serious accident occurred on October 9 in Malta, during which 9 migrants perished, confirms a change of course that has by no means excluded Lampedusa. The island remains a destination and the hot spot continues to accommodate those people landing. Furthermore, MH operators and the other associations of the “Lampedusa Solidarity Forum” continue to carry out their reception activities at the Molo Favaloro.

On October 3, ministers and artists, associations and scholars, activists and police officers came to the island. In short, for a day Italy has remembered this small island that is closer to Africa than to Italy – the southernmost border of our country.

The ambiguity of celebrations is all here, in this ephemeral situation of exception that occurs the next day and is quickly forgotten over the rest of the year.

Among the saddest things we have seen the 10/03 selfies, hypocrisy shots and exploitation of the effort that Lampedusa has made to be a normal place. This is the effort of the new Mayor and of those who demand that, for instance, the rules that provide for limiting to 72 hours the detection inside a hot-spot, to avoid turning an inadequate structure into a reception centre.

Of course, the flows are changing, and we know it. Young people have been landing lesser of them are sub-Saharan people, and more from the North African countries, especially from Tunisia. Just in the last 48 hours, about 650 people from Tunisia have landed Lampedusa. But in Lampedusa there is still fear, and this island still have challenges, memories and symbols to deal with. That is why the FCEI decided to keep this outpost of its project for refugees and migrants. Since sharing and welcoming are not just the kind gesture of one day a year.