HUMANITARIAN CORRIDORS: A NEW MEMORANDUM OF UNDERSTANDING HAVE BEEN SIGNED TODAY 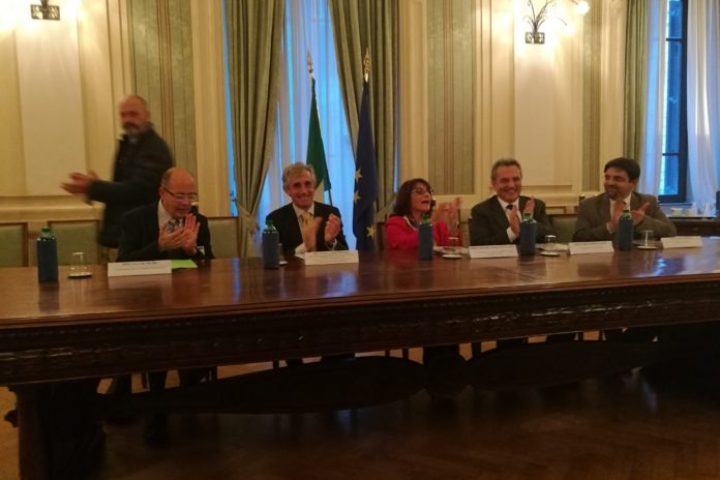 Rome, November 7, 2017(NEV/CS59) – A new agreement with the Ministries of Interior and Foreign Affairs has been signed today at the Viminale to continue the humanitarian corridors project. Over 2018-2019, there will be other thousand beneficiaries entitled to safely reach Italy.
The memorandum has been signed by Luigi Maria Vignali Hon. Minister of the Ministry of Foreign Affairs, the Prefect Gerarda Pantalone for the Ministry of Interior, Pastor Luca Maria Negro, President of the FCEI, Luca Anziani, the Vice Moderator of the Waldensian Board and Marco Impagliazzo, President of the Community of Saint Egidio.

The signing has been welcomed with satisfaction since this project represents a cooperation between public institutions and civil society working together to create a model to ensure a safe and legal way to provide reception services and offer a process of integration.

«We are, of course, pleased for the extension of the protocol with the Ministries of Interior and Foreign Affairs. This event will allow us to continue the humanitarian corridors for another thousand-vulnerable people who will have a safe and legal access to Italy to gain international protection. » President Luca Maria Negro said soon after signing. «The FCEI and the member churches participating in this project are ready to continue their commitment to accompanying the refugees even during the first reception phase and the beginning of the integration process. The project is only funded by the resources made available by foreign friends, churches, associations, trade unions, companies that have never missed their support over these years. Faced with so many vague and populist talks about immigration, humanitarian corridors have been one of the few tangible actions that have saved the dignity and the lives of people. We will continue with our commitment to Europeanise the humanitarian corridors and make it a structural policy for the protection of refugees, asylum seekers and vulnerable people. Over 2018, this effort will be a high priority for the FCEI and its European partners.» Mr. Negro said.

«Since the very beginning of the humanitarian corridors the Waldensian Board has always supported this pilot project in the European scenario by providing a substantial share from our eight per thousand.» Pastor Luca Anziani, said. «We have resolutely worked, in the conviction that not only is the opening of legal and safe ways for refugees a response to our Christian vocation, but it is also an effective example that we can make available to those who can decide on migration policies in Italy and in Europe. We hope that the established Lebanon corridor which has allowed the arrival of Syrian refugees in Italy can be adopted in other countries in which there are refugees and victims of persecution who are fully entitled to international protection» Mr. Anziani said.