The welcome tea, the border tea 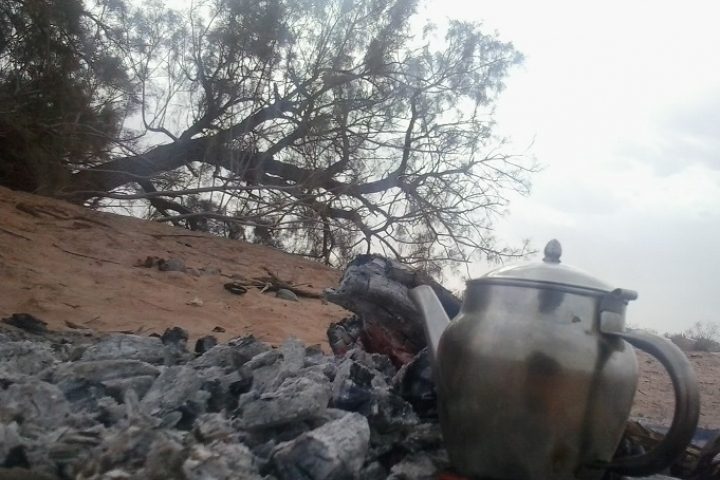 Rome (NEV), 7 February 2018 – The “Lo sguardo dalle frontiere” (A Look from the border) editorial is written by operators of Mediterranean Hope (MH) – the Refugee and Migrant Programme promoted by the Federation of Protestant Churches in Italy (FCEI).

A few years ago, I spent countless winter afternoons in the tents of a Syrian refugee camp located in the Akkar region of northern Lebanon. In that poor and degraded area, I saw numerous informal settlements rise that, today as then, receive and accommodate thousands of people fleeing the war in Syria.

I spent entire afternoons in front of the gas stove in the tent of Dalal, a young Syrian mother of two small children. On top of the stove was a large, worn teapot that kept us company during the long hours without electricity. We told stories, looked at old photos, cooked together and exchanged secrets. Other women, men, old people and children from the camp would sometimes join in our conversation, coming and going in a continuous flow. I felt welcomed. We sat down on the floor on mats, in a circle, resting on cushions as we sipped tea.

A year and a half later, I found myself once again walking through those busy streets, among refugee camps and makeshift lodgings that gave shelter to thousands of displaced people. The Humanitarian Corridors project promoted by the FCEI had just been launched, and together with the team, we were traveling around the country meeting the families who would depart for Italy. The interviews in the homes were becoming more personal and more amicable. Entering the homes of those people meant touching their most intimate sphere, it meant inserting ourselves in a private space bare of objects and often dilapidated, a space that recounted the reassembled pieces of a new everyday life. The few objects scattered around reflected the hope of those who, day after day, picked up the broken pieces of their lives and set about rebuilding their lives. Our conversations always began with a cup of tea. That hot beverage offered to us became the key to entering into their past, into the ordinariness of their existence before the war, which they were ready to rebuild elsewhere.

Sometime later, I found myself making large quantities of tea in Lampedusa. In fact, before each migrant landing, we performed this apparently simple, but extremely meaningful ritual. At each landing, we offered hot, sweet tea, which immediately warmed the cold bodies of the migrants and gave them energy, a concrete sign of humanity after the long journey through deserts, after the torture suffered, the harassment of unscrupulous traffickers, after the cold nights at sea and the fear of not arriving.

The “PortoM” migration museum in Lampedusa managed by the Askavusa Collective houses various objects that tell the story of migration. They are objects returned by the sea, ordinary pieces of everyday life that belonged to the men and women who traveled across the Mediterranean. There are clothes, shoes, combs, brushes, pots and teapots of various sizes. One of these, large and a bit worn, reminds me of Dalal’s teapot, the same one that warmed our winter afternoons a few years ago. That object, fished from the sea, is now a manifestation of the barbed border, the closed door, exclusion and rejection.

The objects collected in Lampedusa convey the desire for normality that has been lost forever in the crossing. This desire for normality was also expressed by the Syrian refugees who arrived in Italy with the Humanitarian Corridors, on an Alitalia flight with a visa. The “PortoM” museum and the suitcases boarded the plane at the airport of Beirut contain the same objects of normality, with two different destinies. They include teapots to make tea, the “social drink” par excellence in the Arab world, a symbol of aggregation, exchange, openness and sharing.