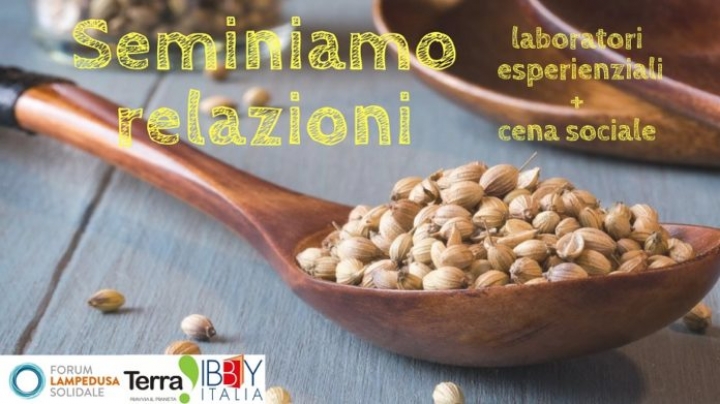 Working in a small and geographically confined area such as Lampedusa, which has been affected by massive migration flows over the years, has allowed the Observatory ofMediterranean Hope (MH) to experience first-hand those problems that may arise from the impact of the flows on the host community. The consequences of these flows are sometimes unpredictable and charged with tension. Just think of the situation of great instability that occurred in 2011 on Lampedusa, an island of just 6,000 inhabitants, when over a period of only a few months more than 50,000 young Tunisians landed on its shores, fleeing from the political instability caused by the Arab Springs.

Over the years, Mediterranean Hope operators have also witnessed different situations in which the stay of migrants in Lampedusa has resulted in various kinds of protests, with repercussions on the people of Lampedusa.

Over time, these events have led MH operators to reflect on the methods of action to be adopted in crisis situations, sometimes by acting as a mediator. This mediation work is based on an approach that looks at the host community as the ground on which to build a bridge between its demands and those of the migrant population, with the awareness that good integration and civil coexistence between different cultures involves respecting the rights of all and the complementarity of these rights.

This work on the community as a whole was expressed with the creation in 2015 of the Forum Lampedusa Solidale (FLS), a union of citizens and activists from Lampedusa, together with other associations, and with the support and in the spaces of the parish church of San Gerlando of Lampedusa. The FLS was born as an assembly open to all, which meets weekly to find answers to the many problems of a context as delicate and contradictory as that of Lampedusa, and also to implement practices of good reception and integration, popular control over the rights of citizens and migrants, the creation of local networks and collaboration activities with organisations that promote access to culture, respect for the environment and social inclusion of disadvantaged people.

In these years, the Forum has been able to establish a Solidarity Fund, mainly thanks to donations received through the Disegni dalla Frontiera by the MH Operator Francesco Piobbichi, and the organisation of events. With these funds, the Forum supports initiatives in favour of the right to health, the right to culture and the right to social inclusion. Some organisations that have collaborated in various ways with the Forum, such as Terra!Onlus and the Libby Library for Children and Teenagers, will receive part of the funds to implement projects aimed at expanding and improving their activities, which over time have become an important and virtuous aspect of the associative life of Lampedusa. Part of the donations will be managed by the parish church of San Gerlando to promote the right to health – which has many limitations in Lampedusa – also making use of the collaboration of other organisations in Palermo, such as the “La Noce” Diaconal Centre.

To present all this, Ibby, Terra!Onlus and the Forum Lampedusa Solidale invites the entire island community to participate in the “Seminiamo relazioni” (We Grow Relationships) Day scheduled for Saturday, 10 March 2018. The event will begin at 4pm in Piazza Brignone, at the community gardens of the “P’orto di Lampedusa” project and then continue in the library of Ibby. At the end of the activities, participants will return to the piazza where there will be a social dinner and a party with music by local artists, organised by the Forum Lampedusa Solidale. It will be an opportunity to celebrate and cap off an important moment that certifies the union of intentions between realities that have been active for some time in the territory; a point of departure to continue working with and for the island of Lampedusa.