Refugees. New arrivals from Lebanon with #humanitariancorridors of Sant’Egidio and Protestant churches 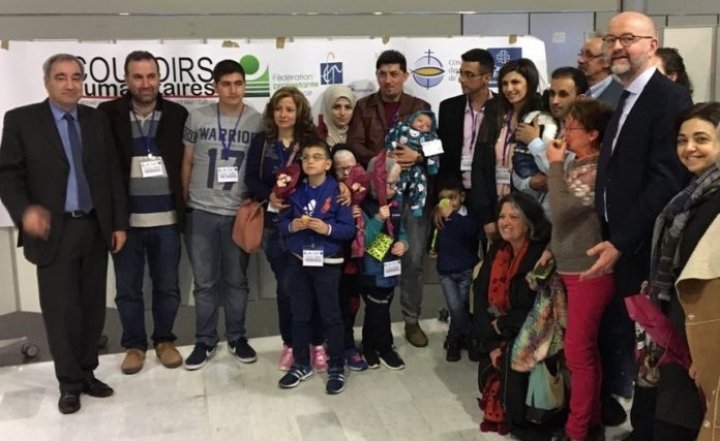 Rome, 24 March 2018 (NEV-SE/CS13) – On Tuesday 27 March 2018, 43 Syrian refugees arrived at Fiumicino airport from Beirut thanks to the humanitarian corridors promoted by the Sant’Egidio Community, the Federation of Protestant Churches in Italy (FCEI) and the Waldensian Board. Another 47 refugees arrived the next day. These families are from Aleppo, Homs, Raqqa and Edlib; more than one third are children.

At a time when Europe is agitating over immigration-related issues – on the eve of every election, with languages not suited to a continent that has achieved many social and civil conquests, to then immediately fall back into inertia – the growing commitment of civil society shows that an alternative model is possible to welcome and integrate men and women who would otherwise be victims of human trafficking (families with children, unaccompanied women, the elderly, the sick and disabled).

All this is also made possible by the generosity of many Italians, and a completely self-funded project. It proves that concrete solutions can be proposed to address an epochal phenomenon, which is starting to become structural for the North. Humanitarian corridors is one of them.

Some refugees who have arrived in recent months will be at Fiumicino to welcome the new arrivals, together with lay and religious associations, institutions and individual citizens who have offered to welcome them in different regions of Italy.

The humanitarian corridors were launched in Italy in 2016 with the collaboration of Ministries of Interior and Foreign Affairs, and have now become a model replicated in other European countries. Another 15 people arrived yesterday in Paris, bringing the total number of refugees received in France through the ecumenical project promoted by Sant’Egidio and the evangelical churches to 107. New arrivals are expected in Belgium in the next few days, always from Lebanon.