May Europe be light to you 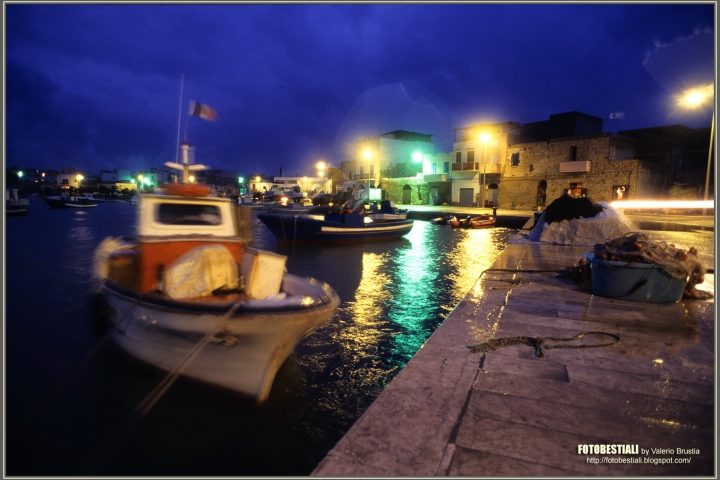 Rome (NEV), March 21, 2018 – The editorial “Lo sguardo dalle frontiere”(A look from the Border) is written by the operators of Mediterranean Hope (MH)- A Programme for Refugees and Migrants, promoted by the Federation of Protestant Churches in Italy (FCEI). This week story is from Lampedusa.

It was evening, and I was walking in Cala Salina, along the inlet side of the old port. The air was warm evoking the new season that was about to come. A boy in his eighteen came close to me. It was getting darker and his eyes were shining: “Je viens de la Tunisie”, he said asking me if he was in Sicily. And, with and intense look, he said: “Je dois aller en France, Paris. Je dois rejoindre mon frère”. He would like to continue his journey towards Paris to reach his brother. He had just landed in Lampedusa. The boat on which he crossed the Mediterranean Sea had just entered the port of Lampedusa without anyone noticing it. It was then when I noticed the police reaching both sides of the pier.

The boy insisted “Sicily, France, Paris”- I had in mind the picture of what it would happen later soon… “Centre, fences, waiting”. I decided to show him something important. I took my phone to launch Google Maps then and show him Lampedusa. Then, I showed him a blue spot, alone in the middle of the sea. I hoped that he could understand that perhaps his long journey would have suffered a stop. But, very confidently he said, “Lampedusa, yes, Lampedusa – Sicily, France, Paris, mon frère”.

I was quite discouraged. Around us gathered some people to participate to that unexpected party. More than seventy people arrived that evening. They seemed to be very discouraged when looking in search of the humanitarian operators as if they were at a dance party and could not find their mate to dance. Unsure on what to do, the boys waited for the police to come. I also stood still without knowing what to say. I showed him the rest of the group and suddenly he frowned. 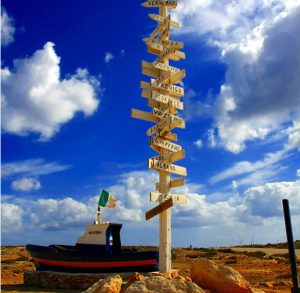 He stared at me and surrendered. Then, he went back to rest of the group. One last time he sadly smiled at me raising his hand in a greeting. As to say: “Thank you. You have tried, but you cannot understand”. I greeted and said: “Good luck, my friend! Bonne chance. You will need it!”.

I wonder how many people like them I met since I live here. I can remember the name, the smile, the projects of many of these people. Other ones barely met. Each one of them with his/her own story and with a dream to achieve, no matter what it costs. “Migrants”, “Asylum Seekers”, “Refugees”: these words sound empty in Lampedusa, in the middle of the Mediterranean Sea. Some of them succeeded in reaching the place they have dreamt on. Some other was sent back home. I have heard anything from most them. I wished them good luck… Since, as in a game of roulette, in a scenario of agreements, permits, escapes, gates, walls, documents, denials and appeals, only Good Luck could help.

It was a special evening. The sea was calm, and the sound of the waves was sweet. It was late. I went back home, thinking: “Good luck kids!” May Europe be light to you”.