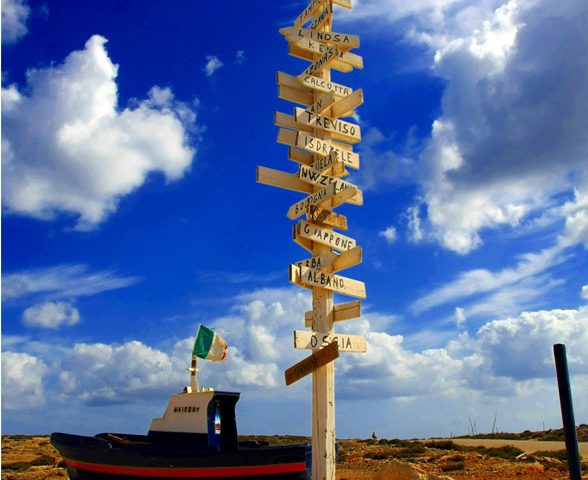 Rome (NEV), 13 July 2018 – All 31 libyans who landed today at lunchtime in Lampedusa have been rescued. The group included 17 children, several women, one of whom was 8 months pregnant.

Alberto Mallardo, social worker with the “Mediterranean Hope” Observatory of Lampedusa managed by the Federation of Protestant churches in Italy (FCEI) told the NEV press agency, “As soon as we heard of their arrival, together with some volunteers, we rushed to the Favaloro pier to welcome them, bringing with us colourful toys for the children”. He was touched by the large number of young children wearing red or orange clothes, adding, “Obviously the parents know that in the event of a shipwreck the little ones will be easier to find in the water if they are wearing something red”.

The families, according to Askanews, were on board a boat, and were rescued by the Italian Coast Guard and Finance Guard Patrol a dozen or so miles from Lampedusa.

“Rescues at sea carried out by the Italian Coast Guard, as well as by the NGOs, is a necessary humanitarian action that saves thousands of lives every month,” commented Paolo Naso, coordinator of the Mediterranean Hope refugee and migrant program of the FCEI, who continues, “The silence from Europe and the too many words of some Italian politicians do not stop the Mediterranean migrations, nor do they protect the lives of refugees. Sooner or later it will be clear to everyone that the aggressive and merciless rhetoric of those who want to send “everyone home” does not solve an issue that instead requires rational measures, European dialogue, operational concreteness, respect for the right to asylum and international protection”.

In the face of the red shirts of the children who landed today in Lampedusa, Naso says: “we ask for a moment of silence and reflection, thinking of other children and other red shirts that today or tomorrow will cross the Mediterranean. The images that we have received today from Lampedusa perfectly represent the situation of the Mediterranean: desperate people, who continue to flee from wars and persecutions, risking their lives and, in the absence of safe and legal alternatives, financing the criminals of human trafficking”. He concludes by recalling how the Protestant Churches, together with the Community of Sant’Egidio and many other Catholic organisations, continue to commit themselves to the “humanitarian corridors”, as well as search and rescue actions with the NGOs.