The President of the FCEI: “Solidarity to NGOs rescuing at sea” 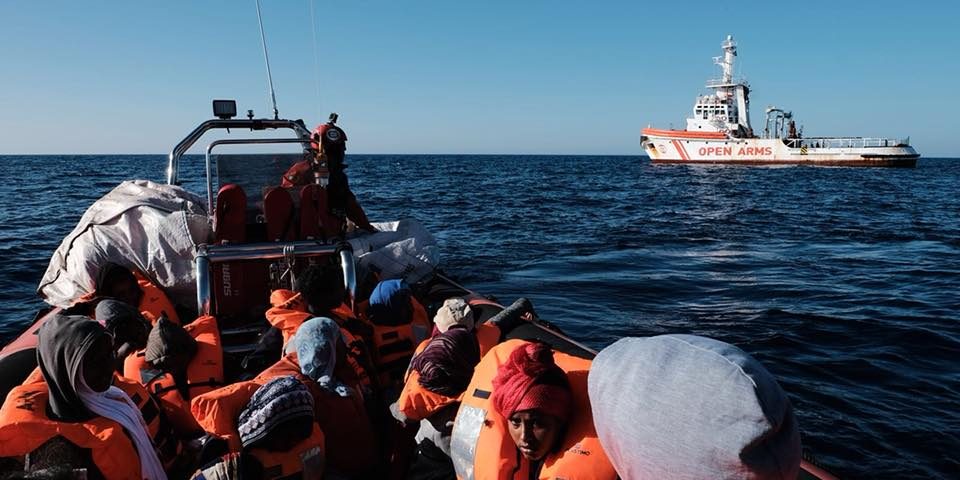 Pastor Luca Maria Negro, President of the Federation of Protestant Churches in Italy: “Some principles should not be protected because they are popular, or because they support public fears, but because they are the heart of a country’s civil and juridical culture.” Yesterday, Catholic, Protestant and secular associations jointly called on the highest offices of state and government to apply international law, and reopen the harbours to rescue vessels.

Rome (NEV), August 3, 2018 – “To date, the right to asylum has been jeopardised as never before.” The president of the FCEI  , Pastor Luca Maria Negro, expressed his concern for this Italy that is longing to achieve the leadership of the countries that will close the borders, reject migrants and oppose those who work for reception and integration.

And “The decision of the NGO SOS-Méditerranée of Doctors Without Borders to go back to the central Mediterranean Sea with the Aquarius vessel to carry out search and rescue operation for those who survive after fleeing Libya and other North African countries, deserves absolute respect and our solidarity. Like the operation carried out by the Proactiva Open Arms that yesterday rescued 87 migrants in international waters – this vessel belongs to a NGO that that has long collaborated with the FCEI ”.

Thus, Mr. Negro reiterates that the FCEI supports “with conviction the humanitarian commitment of the NGOs that cannot be opposed without infringing  sea law and international conventions that Italy have been always honoured”.

“To whom – even in the government and supported by the polls – launches mocking criticism of those who work to protect human rights, we say that some principles should not be protected not because they are popular or support public fears, but because they are the heart of the civil and juridical culture of a country”, the President of FCEI, said concluding: “The image of migrants who live on subsidies is an unbearable caricature that cannot be accepted by those who have a sense of reality and moral conscience”.

With regard to recent migration policies, like the closure of Italian harbours  to vessels with people rescued at sea, but also the refoulements to Libya, the FCEI together with 13 other secular and Catholic associations, signed an open letter that yesterday was sent to the President Sergio Mattarella, to the Prime Minister Giuseppe Conte as well as a number of ministers, and the General Commander of the Corps of Port Authorities. This letter asks the Italian Government to apply the international law.