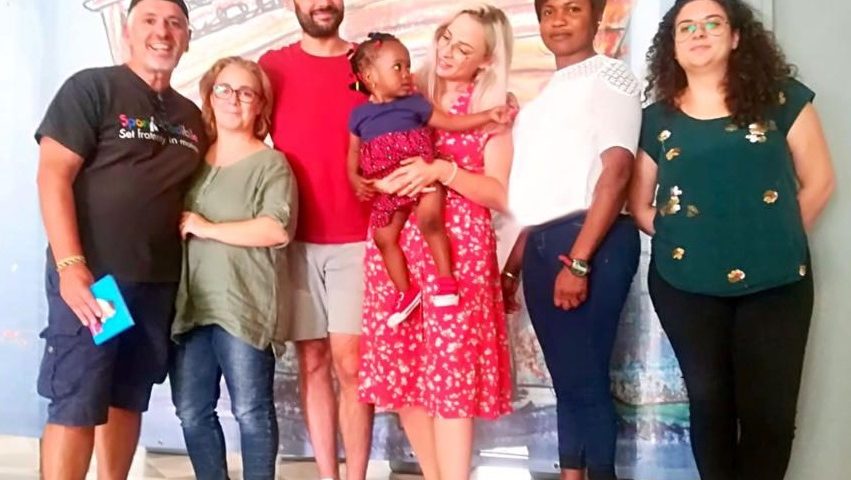 Rome (NEV), 12 September 2018 – The “Lo sguardo dalle frontiere” (A Look from the Border) editorial written by operators of the Federation of Protestant Churches in Italy (FCEI) for Mediterranean Hope (MH) – the Refugee and Migrant Programme. This week’s “look” comes from the “Casa delle culture” in Scicli (RG)

The first image is that of a small tank parked in front of the gates, an incredible heat and a bunch of young people waiting to catch the bus heading to “any place away from here.” The “away from here” is the Reception Centre of Mineo and this is precisely where I had come to see Lamin, seventeen years old and a little bit of a braggart, who was moved to tears by that absurd type of reception reserved for his and our brothers. With Lamin accompanying me, we are in Mineo to bring, Mercy and Taiwo, her mother, to the Casa delle Culture with us. Taiwo has a residence permit for humanitarian reasons and she needs a place where she can raise her child. Scicli can be a good start.

Second image. Elisa, one of our French volunteers, after talking with Taiwo she learns that a musical group has composed a song about her baby. Elisa knows the song very well as it was a big hit in France and represented the country in the Eurovision Song Contest. On YouTube we discover that the song Mercy talks about “our” little Mercy. There are photos and the story of her being born on a ship (the Aquarius) in the Mediterranean Sea. It was these photos, printed in many European newspapers, that inspired the musical duo Madame Monsieur to write the song. Taiwo, Mercy, Madame Monsieur, Scicli, Paris… worlds that could never meet, or at least that’s what I thought.

The third and last image is linked to the sounds of a guitar that greets me on an August afternoon as I enter the Casa delle Culture. I recognise the notes of “Mercy”. It is Emilie and Jean Karl: Madame Monsieur playing and singing. Around them, the children staying at the Casa delle Culture listen and try to repeat the chorus. Mercy is sitting comfortably on the knees of Emilie who sings. I am immediately struck by the intensity and simplicity, the naturalness with which the two artists interact with the children. Emilie never loses sight of Mercy, follows her, plays with her, looks at her with sweetness. Mohannad, a Syrian child who arrived with the humanitarian corridor programme, takes the guitar from an amused Jean Karl, and ventures into an unlikely song. An avalanche of emotions. Emilie and Jean Karl inform themselves about the Mediterranean Hope project. They want to be able to do something, they want to keep in touch with Taiwo and Mercy. The afternoon passes with games and other songs, a short excursion to Ragusa. The bridge between Scicli and Paris was built on a sunny August afternoon, a bridge where smiles and hugs meet.

Madame Monsieur has written a song about one of the thousands of desperate and extraordinary stories that the Mediterranean recounts every day, to them we say Merci, “Thank you”. But Mercy is also the English word to express the ability to have compassion, to share in the suffering of others, and this is what I saw in their eyes.