Refugees:  A European Humanitarian Corridor To Be Opened in Libya. 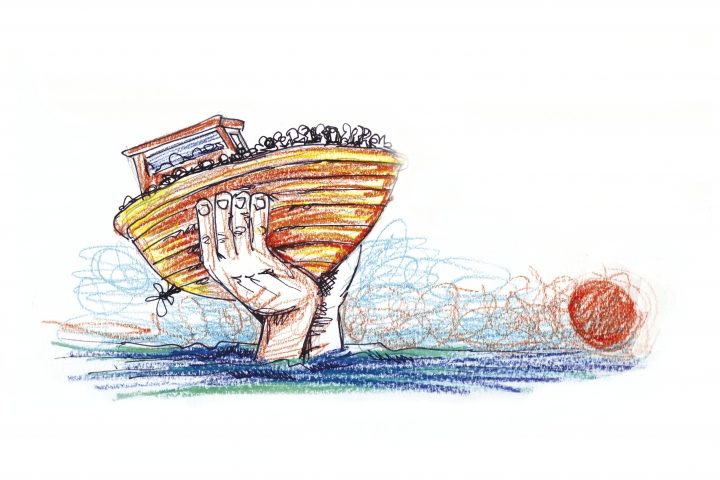 The Protestant Churches in Italy and the Community of Sant’Egidio sent a letter to Mr. Conte: “We are ready.  Italy will leaf this project.”

Marco Impagliazzo, the president of the Community of Saint Egidio and Luca Maria Negro, president of  the FCEI wrote a letter  to Giuseppe Conte as to promote the opening of a European humanitarian corridor and declare our readiness to cooperate in implementing this humanitarian corridor thanks to the experience gained in Italy over the last three years.  Emanuela Del Re, Deputy Minister for Foreign Affairs and Cooperation  and  Andrea Molteni  Interior Ministry Under-secretary received the same letter for information.

The procedure is similar to the one adopted for the humanitarian corridors that have been created on the basis of a protocol between the FCEI, the Community of Sant’Egidio, the Tavola Valdese and the Ministries of Interior and Foreign Affairs that was signed for the first time in 2015 and renewed in 2017. Thanks to this agreement that provides the issue of humanitarian visas pursuant to Art. 25 of the Schengen Visa Treaty, more than 1600 asylum seekers, mainly Syrians, arrived in Italy from Lebanon. The competent ministries have also signed a similar agreement with the Community of Sant’Egidio and the CEI for another group of 500 refugees from Ethiopia. In the wake of this good practice  that has been carried out in Italy, other humanitarian corridors opened in France, Belgium and Andorra for a total of almost 2,500 arrivals in Europe so far.

“Our proposal is the result of this experience in the field. This proposal aims at bringing 50,000 refugees in Europe in two years. The arrivals will be managed by quotas for the countries that intend to give a real impact to their international commitments on asylum and human rights. Italy should be the leader of this programme, by opening another corridor from Libya for at least 2,500 people a year. Our institutions have already started relations with Terres des Hommes and other NGOs working in Libya to effectively implement this project, which starts in Italy but is addressed to the European countries and institutions. Following new arrivals from Libya, with thousands of refugees exposed not only to blackmail, violence and torture but also to the violence of military clashes, we cannot just sit back. Strengthened by the encouragement received by Pope Francis, by the European sister churches and the Ecumenical Council of Churches as well, we renew our willingness to work immediately to protect the life, safety and human rights of thousands of refugees hostage to violence that every day becomes more widespread and brutal” Mr. Negro and Impagliazzo said.