Humanitarian Corridors: An Italian Model for The European Union 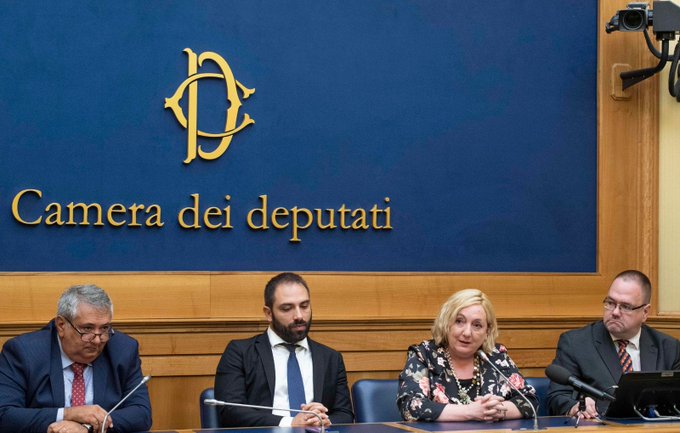 Rome (NEV), 8 October 2019 – Italian humanitarian corridors have established a new standard in Europe. On 7 and 8 October, representatives of Protestant churches from 15 EU countries gathered in Rome to discuss this “good practice”. At the end of these two days, a press conference at the Chamber of Deputies with Emanuela Del Re, Deputy Minister of Foreign Affairs and International Cooperation and Giuseppe Brescia, Chairperson of the Constitutional Affairs Committee, Presidency of the Council of Ministers and Interior Affairs of the Chamber of Deputies

The objective of the FCEI is to launch a legal access–that means a humanitarian corridor at the European level–shared by several Member States, to transfer 50,000 vulnerable people from Libya to the EU.

According to Paolo Naso, coordinator of the refugee and migrant programme of the FCEI, “The experience of humanitarian corridors began in Italy and we hope that it will spread across Europe. The project was born in 2013 when we became aware of the tragic situation in Lampedusa, after the many landings and deaths at sea. Then, this project was put into practice in France and Belgium. The aim is to bring this experience to Northern Europe. On 10 December, the initiative will be officially presented to the European partners in Brussels”.

Also, Torsten Moritz, General Secretary elect of the Churches’ Commission for Migrants in Europe (CCME), participated in the press conference. Moreover, he said that this umbrella organisation, which brings together entities dealing with migrants and various Anglican, Protestant and Orthodox European churches and associations, expressed their commitment to opening humanitarian corridors.