Syria and the right to health / 2. State of risk between the European embargo and COVID-19 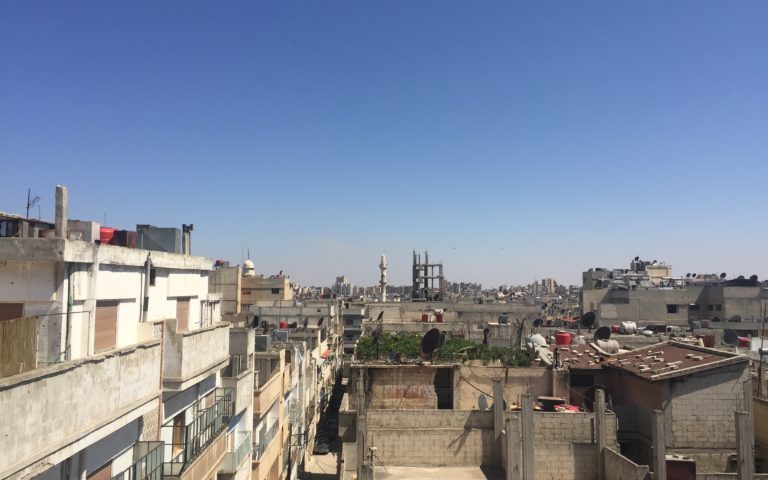 In this second part Luciano Griso, doctor in charge for the Medical Hope Project, a program that provides health care to migrants, comments the article published by The Lancet, the renowned British medical journal, drawing the attention to the ruinous consequences that European sanctions could have on the Syrian civilian population if added to the CORONAVIRUS effects

Rome (NEV), July 20, 2020 – Luciano Griso, doctor in charge for the Medical Hope Project, a program that provides health care to migrants within the framework of Mediterranean Hope, refugee and migrant program of the Federation of Protestant Churches in Italy (FCEI), updates us on the social and health situation in Syria.
In the first part of his study, entitled “Sanctions kill more people than war”, Griso gave a sort of overview of how the sanctions have affected and are still affecting the Syrian population, from the beginning of the war until today.
In this second part, Luciano Griso comments and takes up what the authoritative medical journal The Lancet highlighted on the consequences of European sanctions in Syria, where the health system is almost collapsing and thousands of doctors and health workers have been killed or have taken refuge abroad.
Griso takes inspiration from an editorial entitled “EU Guidance impedes humanitarian action to prevent COVID-19 in Syria” published by The Lancet – the prestigious English medical journal that has repeatedly intervened in the past on the devastating effects of the war in Syria – to draw the attention of the European public opinion on the ruinous consequences that the sanctions imposed by Europe could have on the Syrian civilian population if added to the effects of the CORONAVIRUS pandemic still ongoing.
We are faced with an authoritative, strong and motivated intervention that calls European leaders and EU foreign policy to look honestly and realistically, beyond hypocrisy and ideology, at the suffering to which – by perpetuating economic sanctions – they are subjecting the civilian population.
It must be clear that the sanctions, in principle, would certainly have a shareable motivation if their sole purpose was really to prevent the belligerent parties from obtaining arms so as to prevent them from continuing military actions. But obviously this is not the case. The supply of weapons to fighters has continued over the years without interruption, while commercial transactions of basic necessities essential to the life of a civilized country (health, energy, education etc.) were completely stopped.
The Lancet reminds us how, before the war, Syria enjoyed an appreciable economic status and had one of the best public health systems in the Middle East, and how in the Country the average life of the population approached, even better than in the USA , 80 years (while instead it collapsed, after five years of conflict, at 59), the vaccination rate for children was very high, polio had been eradicated, medical staff (mostly trained in France, the United Kingdom and the Soviet Union ) had a good level of preparation.
None of this has remained standing after ten years of conflict. About 70% of doctors and health care workers have taken refuge abroad; a few thousand found death in the bombings to which the Syrian regime and the jihadist forces subjected health facilities – considered as primary target to weaken the opponent’s resistance –; some were exposed to torture or murdered as enemies because of the task carried out in the opposing sector (these actions are considered war crimes by international legislation); half of the health facilities have been destroyed (according to the World Health Organization data, out of the 111 public hospitals only 58 are fully functional at present); since the sanctions prevent pharmaceutical companies from supplying the Country, drugs are lacking and must be imported from Iran and India, but, being of poor quality, they have enormous negative repercussions on the quality of care, particularly in neoplastic diseases; there is no software and no possibility of replacement / modernization for medical equipment, laboratories are lacking in reagents, there is no possibility of updating for health care staff.
Luciano Griso