The feature “A Glimpse from the Border” is curated by the team from Mediterranean Hope (MH), the migration project of the Federation of Protestant Churches in Italy (FCEI).  Thisweek’s “Glimpse” has been written by Elisa Biason.

At crossing points people arrive exhausted: men, women and children worn out from an unending journey and an oftendramaticexperience. Years of prison and violations leave scars, visible and invisible on the bodies and

life-stories of each person.  We often see the arrival of people with disabilities, who speak of their hope of a life of inclusion in a society in which they can play an active part thanks to access to a right to health. 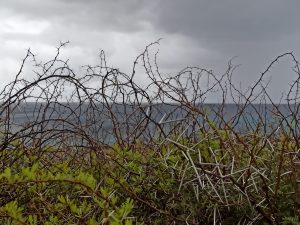 e Minister Gentiloni, reprising the actions of previous governments, renews the Memorandum of Understanding (“MoU”) with Fayez al Serraj, the prime minister of Tripoli’s new Government of National Accord: as previously under Gaddafi, Italy will provide, staff, assistance, finance and infrastructure for the so-called Libyan Coastguard.

August 2019 – The person standing before me finds a way to look me in the eyes and say words I’d never have thought I would hear, especially not from a young man aged 20: “I was a slave for 2 years in Libya”. It was the first of many times that I would hear this sentence from young people who had just docked.

January 2021 – I have in mind the distressed of a girl whose hand I held.  I had never seen a woman going intolabour, yet I realised what was going on from the clenched expression on her young face.  She was exhausted, dehydrated.  She had not urinated for some time and this added to her suffering.  I felt uncomfortable and ashamed about the lack of a bathroom on a dock where people are made to disembark who, after days crouchedin a boat, would obviously need to go.

February 2021 – From Lampedusa we read the declaration of the spokesperson for IOM (the International Organisation for Migration), Sara Msehli.  We learn the news of around 1,500 people sent back to Libya within the last few days.Whatishapping in Libya is, regrettably, well-known; we know of the conditions of detention: torture, extortion, threats, sexualabuse, mutiliation, human trafficking.  To be returned to Libya is to be retruned to a country whichdoesnotrecognisebasic human rights and hasnotsigned the Geneva Convention.

We go to sleep reading about the shipwreck of 13th Feburary: one death and 22 unaccounted for.  We are wellawarethatthiscouldmean 23 victims.  The cold water and high waves on the open seasleavelittle chance of escape.

These days, contemporaneous with the change of Government in our country, interviews appear in whichit’ssaidthat “therewill be a change of music in Lampedusa”.  In Lampedusa, asateveryEuropeanborder, wecould do with a change of music.  The music we’d like to hear, however, islouder: louder in content and in principles.

We would like a song of the Freedom which ought to reside within each one of us, permitting each of us to be ourselves, respected as individuals and as communities, finding places in which to feel happy and secure.  Freedom and Rights for everyone, thatwould be the title of oursong. 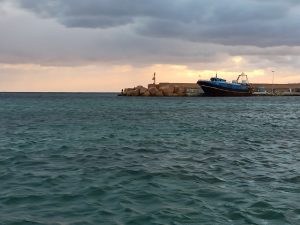 In this month of February, I would like to remember another February, which bodeswell for undertaking the path of liberty: 17th Februrary 1848, Letters Patent.  The first form of recognition of freedom for minority religions.  The beginning of a pathtoooften, and still, interrupted.

With the words Gianni Rodari dedicates to the Cervi brothers, I would like to make reference to the choiceswhicheach of us can undertake in our daily lives, in the knowledge of a privilege dnormality and the discomfort of that position.  To choose to live by paddling in order to stay on the surface of things: consuming, wasting, throwingaway.  As regards relationships, objects, food.  Or to choose to live, or hope to do, by grasping the discomfort with awareness, by respecting, struggling, sharing.

who shake off the dust in order to travel light, youwhoallow the wind to enteryourhearts

and are notafraid to bang the shutters (…)

just as a vine from Emilia grows

with itsbunches full of sun.”