The Humanitarian Corridors (HC) initiative, the first in Europe, was created by an ecumenical collaboration between Protestants and Catholics: the Federation of Protestant Churches in Italy (FCEI), the Waldensian Board and the Community of Sant'Egidio. HC enables those who have fled their countries of origin and who are vulnerable to exercise their right to seek asylum using safe and legal pathways.

The Federation of Protestant Churches in Italy (FCEI), together with the Waldensian Board and the Community of Sant’Egidio, facilitates the Humanitarian Corridorsproject, the first of its kind in Europe. HC were first governed by a Memorandum of Understanding signed on 15th December 2015 by the founding bodies and the Ministries of Foreign Affairs and of the Interior which permitted, over the course of two years, 1,000 + primarily Syrian refugees to come to Italy safely and legallyon a standard commercial flight.

HC are the fruit of an ecumenical collaboration between Protestants and Catholics, who have chosen to join forces in a high profile humanitarian project targeting vulnerable refugees. Also launched in France, Belgium and Andorra,the project has become a model for reception in Europe.

In Italy, the legal basis for this initiative base is provided byart. 25 of Regulation (EU) 810/2009 which confers on Schengen countries the option of releasing humanitarian visas which are valid on their own territory. Once in Italy, participants put forward a request for asylum and are supported throughout the legal process. Amongst the objectives of the project, the most important are avoiding death trips and consequent tragedies at sea; combatting people-smuggling and criminal organisations; providing legal entry to the country for "vulnerable people" (victims of persecution, torture and violence, families with children, single women, the sick, people with disabilities); managing safe entry into Italy. HC in fact guarantees security both for migrants and for those already resident in Italy, in that the granting of visas is subject to security checks by the Ministry of the Interior.

By means of referrals provided by a collaborative network (local and international NGOs, associations, churches and ecumenical bodies), the founding bodies put together a list of potential participants which is refined by staff on the ground following a series of in-depth interviews and passed onto Italian consular authorities so that they can grant humanitarian visas which will be valid for Italy.

Participants are provided with targeted support and orientation prior to departure. Once in Italy, participants are looked after by the founding bodies in collaboration with other partners, amongst which the Synodal Diaconal Commission (CSD), the House of Many Cultures in Scicli, the La Noce Diaconal Centre in Palermo, the Communes in Solidarity Network (RECOSOL), and Oxfam Italia , which provide reception in facilities and flats across the country.

Participants are accompanied and supported on a pathway to integration covering legal aspects, employment, schooling and health, all geared to attaining gradual autonomy. A reception model which is country-wide and shared creates solidarity at an ecumenical level, fosters social inclusion and strengthens local communities engaged with the project.

Humanitarian Corridors are an example of a virtuous synergy between civil society and institutions. Signature of the Memorandum of Understanding by the Ministries of the Interior and of Foreign Affairs is strong evidence of the confidence placed on civil society by those institutions.

The Humanitarian Corridors model has received significant recognition. The President of the Italian Republic, Sergio Mattarella, has called it “concrete enactment of the principles of the Italian Consitution”. The European Parliament has expressed its wish for the iniative to be extended to other member states and Nils Muižnieks, former Commissioner for Human Rights for the Council of Europe has held it up as “a good example of what Europe can do to help migrants and tackle current refugee flows”. In 2019, the founding bodies, together with Caritas were regional winners of the prestigious Nansen Refugee Award, conferred by UNHCR for the work carried out by them in pioneering, implementing and expanding the Humanitarian Corridors model. So far, France, Belgium and Andorra have launched analagous initiatives and legacy corridors now also operate from Ethiopia, Niger and Jordan. In December 2019, we presented our concept paper for European Humanitarian Corridors at the European Parliament, a Europe-wide project targeting 50,000 vulnerable migrants currently trapped along the Central Mediterranean Route.

The project does not create any burden for the State: it is financed largely by the Otto per mille tax allocation of the Waldensian and Methodist Church, various Protestant communities in Italy and abroad, international ecumenical networks and appeals such as that launched by the Community of Sant’Egidio.

Within the Humanitarian Corridors project, Medical Hopehas been established, a healthcare initiative providing medical support to all refugees in transit countries who are denies access to treatment for want of financial resources. Medical Hope is largely sustained by theOtto per Mille tax allocation of the Italian Christian Protestant Baptist Union and is directed at all those who are not in a position to take on transfer to Italy. 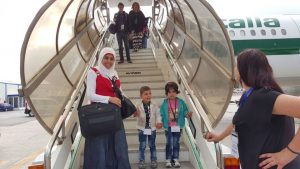 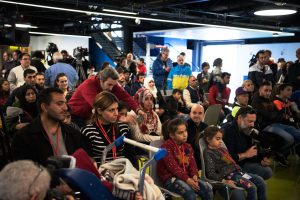 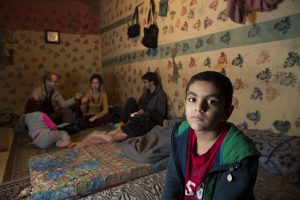 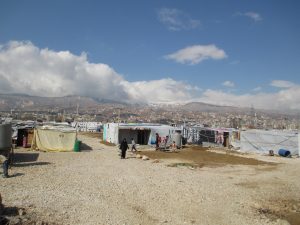