Mediterranean Hope (MH) – Migrant and Refugee Programme of the Federation of Protestant Churches in Italy (FCEI), was established in the wake of the tragedy on 3rd October 2013 when, just a few miles from the island of Lampedusa, 368 people died in a terrible shipwreck. The decision to establish ourselves on Lampedusa by opening a permanent Migration Observatory arose from our awareness of the island’s significance, both geopolitically and symbolically central to the global phenomenon which is migration.

The Lampedusa Observatory analyses, interprets and communicates how migration is unfolding from one of the EU’s southernmost borders. The project provides constant updates on what is happening on Lampedusa and to the south of it through our website, diverse social media networks, a monthly newsletter in Italian and English, and through our close collaboration theNEV Press Office, Riforma and L’eco delle valli valdesi magazines and the Prostestant radio station, Radio Beckwith Evangelica. Beyond that, thanks toPictures from the border(“Pictures from the Border”) + and other works created by staff member Francesco Piobbichi, we are able to recount the reality of migration in a novel and engaging way.

On Lampedusa, right from the beginning, we have felt the need engage directly by trying to provide adignified welcome to the thousands of people who every year continue to arrive (around 23,000 in 2015, 13,000 in 2016, 9,000 in 2017). Together with local group Forum Lampedusa Solidale, staff members and volunteers offer a first response service to anyone landing at the Favaloro Quay: a hot drink, something to eat, thermal covers, a smile and some initial information.

At our office, an occasional internet point is available for anyone wanting to get in touch with their loved ones after months of travel and prison in Libya. Users can recharge their mobile phones, access internet points and find multi-lingual information about services available across the country and international protection in Italy and in Europe.

As we are convinced that the extent of the welcome offered somewhere will correlate with the extent to which the rights of those who live there are respected, we have right from the beginning worked to try to support civil society’s local practical efforts. MH staff members on Lampedusa are daily involved in social and intercultural activitieswith and for the benefit of the Lampedusan community, collaborating in activities in which Lampedusan citizens and its temporary guests take part.

MH is a member of the Forum Lampedusa Solidale which was founded in 2015 and comprises associations, faith-based organisations, volunteer organisations, parishioners, and individuals in civil society willing to commit themselves to realizing an alternative model of reception and solidarity. The work carried out by the Forum is not confined to distributing goods to migrants but directed at networking ideas and abilities which can concretely meet the needs of the local community and the foreigners who transit there. Among the activities organized by the Forum are weekly discussions on various themes, organisation of solidarity of events, and intiatives to combat social marginalisation and poverty.

The project’s vision is that service to others is not secondary to our Protestant and Christiian identity but, rather, should be considered a fundamental element of our profession of faith. The presence of the MH project on Lampedusa has therefore been geared to close ecumenical collaboration, which staff members have developed with the local Catholic community. This ecumenical dimension - and dialogues with people of faith and diverse confessions - is in evidence every year in the organisation of a commemoration service in memory of the victims of 3rd October 2013. 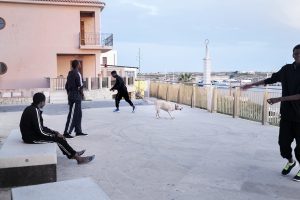 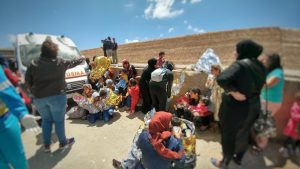 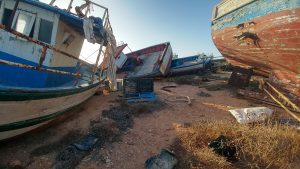 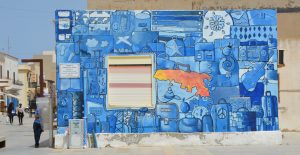